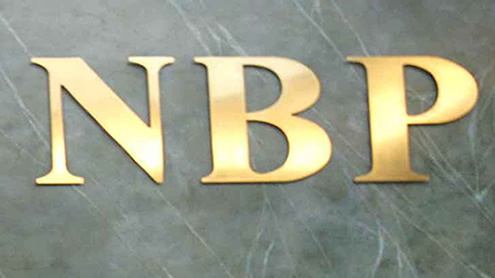 KARACHI: In a short span of 15 months, National bank of Pakistan has converted its entire network of 1283 branches online.

NBP is now with highest number of online branches in Pakistan, exceeding any other bank operating in the country. National bank of Pakistan currently enjoys widest branch network in the country and its services are available to Pakistanis living in far flung and most difficult to reach areas. People living in such remote areas will benefit the most from this development. Through online facility, NBP customers holding an account at any online branch can deposit and withdraw cash from any of the 1283 online branches through inter branch transactions (IBT); Debit / ATM Card can be issued to all customers of online branches; centralized account opening; Know Your Customer (KYC) and better control and compliance.

Qamar Hussain, President NBP appreciated the efforts of Bank’s IT Division and said that back in May 2011 we only had 250 branches online and it required a very industrious effort to bring that number to 1283. Now NBP’s customers living in rural and urban areas of the country will be able to benefit from online services alike.  National Bank of Pakistan (NBP) is the largest commercial bank in Pakistan with total assets well in excess of PKR 1.15 trillion (as on December 31st 2011). NBP was incorporated in Pakistan under the National Bank of Pakistan Ordinance, 1949.

It is involved in commercial banking and related services in Pakistan and abroad. With one of the largest domestic branch networks (consisting of 1283 branches) across Pakistan as well as representation in 6 international geographical areas ranging from North America to the Far East as well as a joint venture operating in the United Kingdom (United National Bank Limited) and a subsidiary in Kazakhstan (NBP Kazakhstan), NBP is Pakistan’s largest international commercial bank.