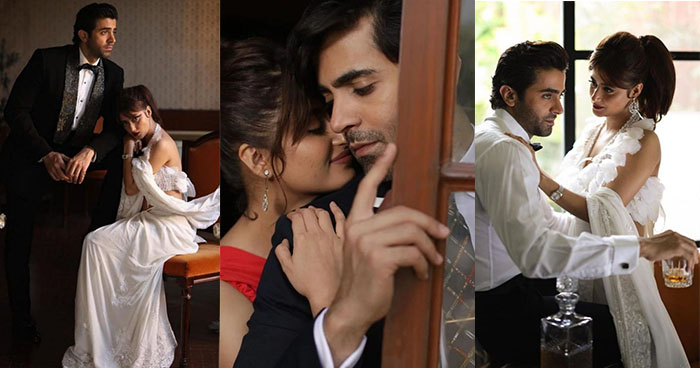 Sheheryar Munawar Siddiqui is a Pakistani actor, film producer, and ad-film director. He made his film debut as a lead actor and producer in 2016 with Ho Mann Jahaan. He is notable for his role in Asim Raza’s Party Hut Love, which became Pakistan’s highest-grossing movie in the year 2019.

Sajal Aly is a Pakistani actress noted for playing a variety of characters in a range of serials—from contemporary social to romantic dramas.

On the photo and video sharing app Instagram, actor Sheheryar Munawar took the critics by surprise by sharing some pictures from the last part of the bold shoot done for a fashion magazine and explaining the context of the photo shoot.

In the caption of the picture, the actor wrote “Remember that we are actors playing different roles, enjoy our roles, this is art’.

He further said that the idea of ​​this glamour shoot is derived from the true stories of American writer Arthur Miller and actress Marilyn Monroe’s romantic relationship to Indian director Kamal Amrohi and actress Meena Kumari’s love, marriage, and then differences.