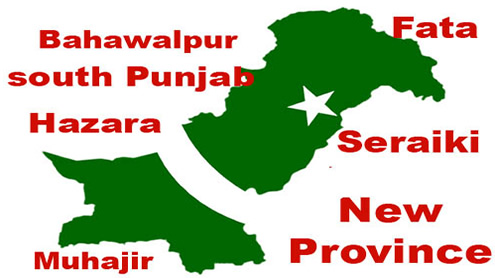 ISLAMABAD: Over three months after the passage of a resolution to create new provinces in Punjab, the National Assembly finally constituted a bi-cameral and bi-partisan commission on Thursday to pave way for creation of federating units in the most populated province of the country.

However, the commission is still incomplete as nominations from the Punjab Assembly are yet to be received. It will be complete after the provincial assembly’s speaker sends names of members of the assembly to be part of the commission to redraw the boundaries of Punjab. Last month, President Asif Ali Zardari wrote a letter to National Assembly Speaker Fehmida Mirza, asking her to form a 14-member commission to submit recommendations for creation of a new province in southern Punjab and revival of provincial status for Bahawalpur.

The commission has been mandated to look into the issues relating to fair distribution of economic and financial resources, demarcation, allocation and readjustment of seats in the National Assembly, Senate and the provincial assembly concerned and allocation of seats in the new province on the basis of population, including seats of minorities and women and other constitutional, legal and administrative matters.

The commission is required to submit its report to the speaker as well as to the prime minister within 30 days of its notification in the official gazette, which will be followed by initiation of a process of amendment of the constitution.-Dailytimes