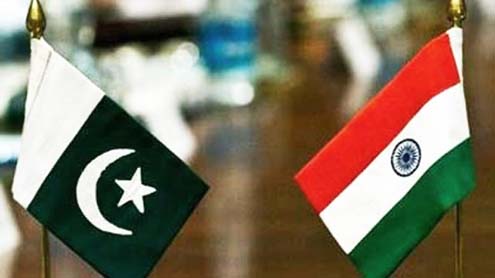 In August 2012, both sides had agreed to issue full banking licences to two banks from each country. The two Indian banks proposed to operate in Pakistan were State Bank of India and Bank of India.

On the other hand, quasi-state owned National Bank of Pakistan and privately-owned United Bank Ltd were selected for running full-banking operations in India, once the licence was granted by the country.

However, there was not much forward movement, PTI said. Mr Khan told the news agency before his departure for India on Thursday that the issue was raised with his Indian counterpart Anand Sharma in New Delhi during a visit by Punjab Chief Minister Shahbaz Sharif.

“We were told there that Reserve Bank of India had since, I would say lessened its restrictions, it is no longer two banks. Any bank that fulfils the requirement can apply. For the time being, we are working on three banks each,” he said.

“The State Bank of Pakistan has just written to the RBI that three banks would like to open their branches in India. I don’t know when but it will happen. Some movement has taken place,” he said.

The minister argued that the biggest hurdle in having normal trade ties is the “very restrictive visa regime“.

“People cannot travel to other country. Visa is not something that appears on trading figures but is very substantial. If businessmen from one country cannot travel to another country and see firsthand and analyse the economic opportunities that are there, then trade is severely hampered,” Mr Khan said.

“Visa restriction is what we call a non-tariff barrier,” he added.

Mr Khan pointed out that another part that did not appear in trade figures was the lack of bilateral banking relations. “That is also not a trading issue but is a necessary facility required for trading. So banking relationship has to be there. Another issue that we will talk about, may be not in this trip is to allow communication network. Allow roaming,” he said.

“And here I am quite definite that obtaining a (phone) SIM in Pakistan is miles easier than it is in India. So if people can’t communicate and use the banking channel, and if they can’t travel, it is a hurdle to trade,” he said