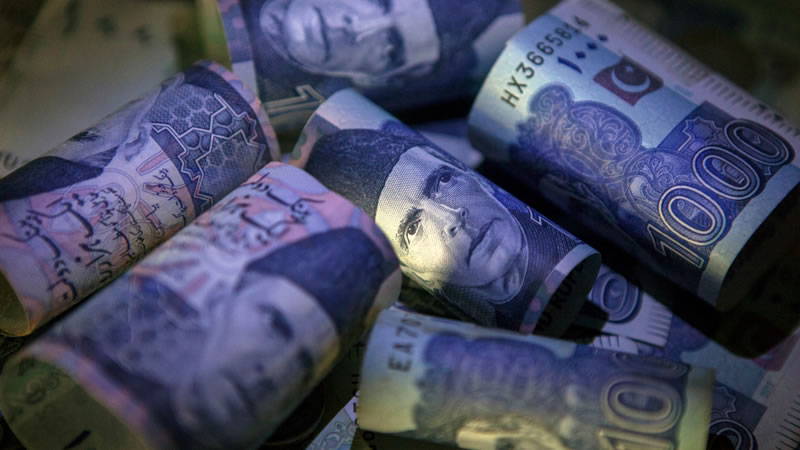 A major fraud has been detected in the National Savings — a public sector organisation of Rs3.6 trillion — in which insiders have reportedly siphoned off around Rs200 million, breaching trust of more than seven million small-to-medium individual savers.

The fraud came to light on maturity of 10-year saving certificates of individuals at a Lahore branch where officials had diverted more than Rs110 million to bank accounts of their own and their family members and were in the process of withdrawing another Rs100m or so.

“This is perhaps the biggest-ever fraud in the institution”, said Nadeem Iqbal, director human resources of the Central Directorate of National Savings (CDNS), adding not more than three cases of fraud had been reported in the organisation over the past 15-16 years.

CDNS Director General Dr Arshad Mahmood confirmed that a group of people, including an official of the CDNS, were found involved in the fraud by operating accounts in an organised manner to divert funds.

He said most of the funds illegally withdrawn by the suspects had been recovered, the case handed over to Federal Investigation Agency (FIA) and a special audit of entire record ordered to rule out possibility of contagious fraud.

“At the same time, remedial measures like strengthening of systems and automation are in process to avoid a repeat in future because the National Savings is generally not prone to crime or corruption, but customers mostly belonging to poor and lower middle class could be subjected to fraud for their innocence,” the official said.

According to insiders, initially it was reported that about 1,200 SC-1 forms (used for purchase of saving certificates) of Special Saving Certificates and Regular Income Certificates were missing. During checking, a few serious irregularities regarding the computerised working were observed. While checking the manual record of blank certificates (NS-8) vis-a-vis that being maintained with the system, it was observed that data maintained in the system was different than manual statements.

For example, manual NS-8 being maintained by the organisation was showing consumption of 71 pieces of Regular Income Certificates of Rs1m denomination whereas the system was showing consumption of 74 pieces of the same in July, 2017. When the difference was looked into, it was observed that in the system, three pieces of same denomination were being shown issued to a different registration number and their status was changed through data manipulation as “encashed”. This situation was not being reflected in the hard copy of the record.

A few other certificates were different on SC-1 forms and in the system. A few serial numbers of the Regular Income Certificates available in the system were also observed as duplicate. When checked with the software, it was observed that it was only possible to temper such sort of record when someone had direct access to database.

Insiders said an unauthorised official of grade-14 had been given the charge of a grade-17 post at the Defence branch of the National Savings and his seniors misused his weak position.

They said there was no proper handover of charge for almost a year and some back-dated entries had been made.

However, Nadeem Iqbal denied this saying the suspect was well qualified to lead the branch. All those even remotely connected with the issue had been sidelined and were being probed, he said. A branch officer and his wife, also a government officer, were initially found to have withdrawn about Rs20m against maturity of some accounts of unsuspecting individuals, but confirmed to have gotten away with Rs50m by the same evening when confronted with some evidence.

While the recovery was in process, internal investigation found a much bigger scam and another Rs50m in the process of withdrawal against different schemes and instruments were frozen. The CDNS leadership ordered the lodging of an FIR and involved the FIA.

The official said the suspect group confessed to have siphoned off more than Rs104m and gave recovery of about Rs90.43m during investigation by the FIA.

He said an official of the branch was under arrest, another of grade-18 had been transferred and two others of grade-17 and as many of grade-11 had been sidelined and were being charge-sheeted for criminal negligence, connivance or fraud. He said the investigation was currently in progress but prima facie the fraud could have been avoided if all these officials performed their duties.

Mr Iqbal said the CDNS management had ordered reconciliation of manual and automated record of accounts and funds across the country.

He said all branches had been advised to reconcile their accounts on daily basis with a warning that a lapse would be taken seriously. Secondly, the issuance of a check to any customer would be based on computerised identity card number across the country. In the long term, 222 branches out of total 376 branches in the country will be automated during the current year to ensure biometrics verification of customers. – Dawn