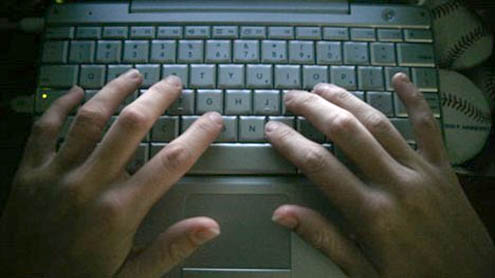 Thanks to the efforts of Dubai Police’s electronic intelligence team, a case involving a cyber gang who hacked into the accounts of several companies, defrauding them of nearly Dh6 billion, was cracked last Friday after close investigation.

The announcement was made by Deputy Commander-in-Chief of Dubai Police Major-General Khamis Mattar Al Mazeina.At a time when electronic fraud has become a major concern for law enforcement authorities worldwide, the major breakthrough came as a result of Dubai Police’s Criminal Investigation Department successfully outsmarting the online criminals.Al Mazeina said the fraudsters managed to illegally transfer US$2 million to the bank account of a company, but were arrested as a result of a successful e-police operation.

Code named ‘Al Ahlam” — Arabic for ‘dreams’ — the CID team tracked down four suspects using new technology and e-tracking devices.“The personnel of the department had arrested a multi-national gang of Asians and Africans who allegedly recruit hackers to work for them against payment of cash,” he said.He noted that the recruited criminals work to hack and instal programmes to expose and get access to information of companies, and in turn siphon their funds inside and outside the UAE, by creating bogus company bank accounts.

“The department had managed to seize cheques worth nearly Dh6 billion used to defraud others, and resulted in transferring of US$2 million to the bank account of a company that belong(ed) to the suspects,” Al Mazeina said.Deputy Director of CID for Search and Investigation Colonel Salem Khalifa Al Rumaithi said the department was tipped off about the e-fraud crime, with information about the transfer of US$2 million which was shifted to the bank account of an unidentified company.Allegedly, hackers gained access to the email account of the targeted company, located outside the UAE. The cyber gang then changed the information of the transactions and remittances and defrauded the second party into transferring cash to the suspect’s bank account.

The role of the prime suspect, K.S., an Asian national who is now under police custody, was to receive the transferred money. And for his part in the crime, he deducted seven per cent of the total amount, Al Mazeina said.Colonel Al Rumaithi said the second suspect, S.K., also an Asian national, was later tracked down and apprehended. His role in the crime was to provide the gang with details of the bank account into which the stolen money was to be transferred to.

On interrogation, the second suspect confessed to the charge of providing the gang with the bank account number of the prime suspect, and for his part in the crime, the second suspect received three per cent of the total amount. The remaining amount was received by an African national — the mastermind behind the fraud crime.Director of the Electronic Intelligence Department Lieutenant-Colonel Saeed Al Hajiri said: “After wide and comprehensive search on the third suspect, and guarding the places he frequently visited for four days running, he was eventually arrested.” He was identified D.S., an African national, who was the middleman between the second suspect and the cyber gang based in Africa.

“The suspect confessed to having participated in the fraud, and…remittances worth…Dh4.6 billion were recovered, as well as IDs in different names.”This then led to the arrest of the fourth suspect, G.D., an African national.Police recovered a forged passport in his possession as well as a device for multiplying money.“Though the members of the gang were very careful not to be nabbed by the police, the taskforce of the electronic intelligence outsmarted their multi-criminal techniques, by using the latest technological approaches and high experience the department has gained,” he added.

“Dubai Police has taken the necessary measures to obtain sufficient information on the rest of the gang, who have been practising their criminal acts outside the country, in some African states, through Interpol,” he noted.Meanwhile, Director of CID Brigadier Khalil Ibrahim Al Mansouri praised the efforts made by the team tasked with search and investigation and urged all computer users to update the downloaded anti-virus systems regularly in order to avoid being hacked. – DailyMail