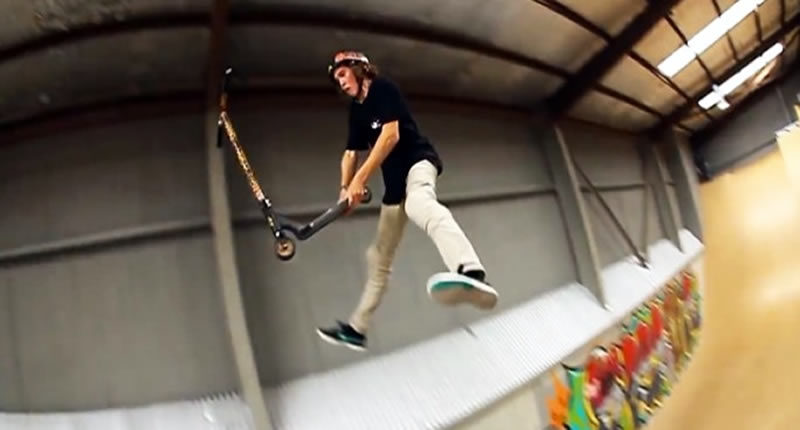 Scooter riding is a form of extreme sports. A kick scooter is used by the rider to perform various forms of tricks, in a manner similar to skateboarding or BMX-ing. A large number of people, especially the youth in their teens, get attracted towards this sport and participate.

In fact, it can be seen that majority of the scooter riders who have shown their skill and talent start on very early in their lives. Although this sport has not been able to win as much popularity as other regular or extreme sports, it is definitely on the rise. Teenagers, boys in particular, are attracted to this dangerous but greatly athletic sport, and enter various competitions. Let us take a look at 10 Best Scooter Riders in the World. 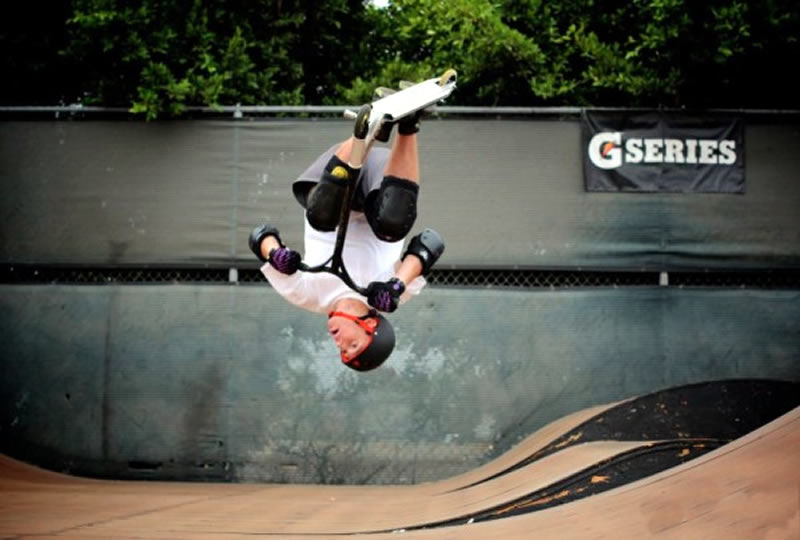 Known by the name Kota Schuetz, as well as his nickname The Machine, Dakota Schuetz is considered the top scooter rider in the world. He was born on the 9th of March, 1996. He is an American professional freestyle scooter rider, with three world championships in the ISA Scooter Competition as his biggest achievements. He is one of just two people to complete all 40 tricks in Tricknology, the online challenge where riders complete as many tricks as possible. Just one trick took him more than one try. Kota practises for about 5 hours daily, and has rapidly ascended the ranks after 5 years of starting, thus becoming the prototype of a professional scooter competitor. The 1st competitor to win all major international competitions, he is the undefeated no. 1, with a multi-year deal with Lucky Scooters. 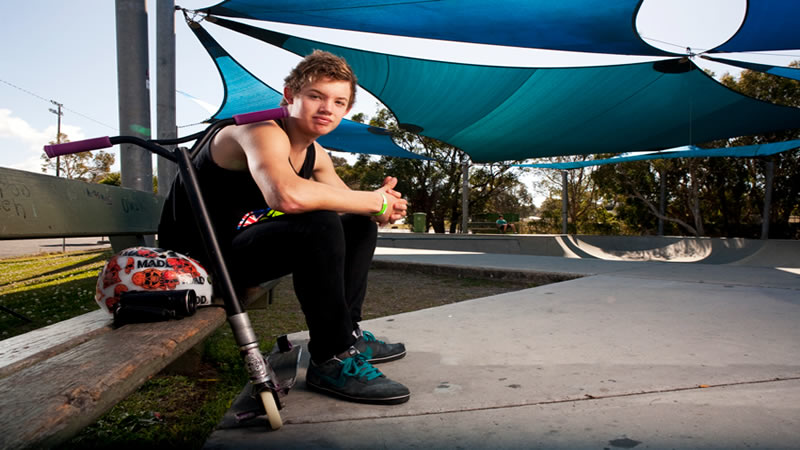 Ryan Williams is an Australian professional scooter rider, born on the 22nd of July, 1994. He rides for Madd Gear Pro, or MGP. He is considered a pioneer of freestyle scootering, landing over a dozen world firsts. He states, “I have been riding for 4 years and I have enjoyed every day of it.” Kids and scooter riders all over the world look up to him as one of the best. Some world firsts he has landed include: Double flair, Double Front Flip, Back flip to Hang 5, Front flip Inward Bri Flip, Cash Roll, Silly Willy (Double Front Flip 360), flair 540, Cork 1080 and Downstairs to Hang Five. He now travels around the world on tour with Nitro Circus. On tour, he has landed the first double front flip on a scooter and the first ever double front flip 360, or “Silly Willy”, which he named after himself. He is commonly known as “R Willy”. 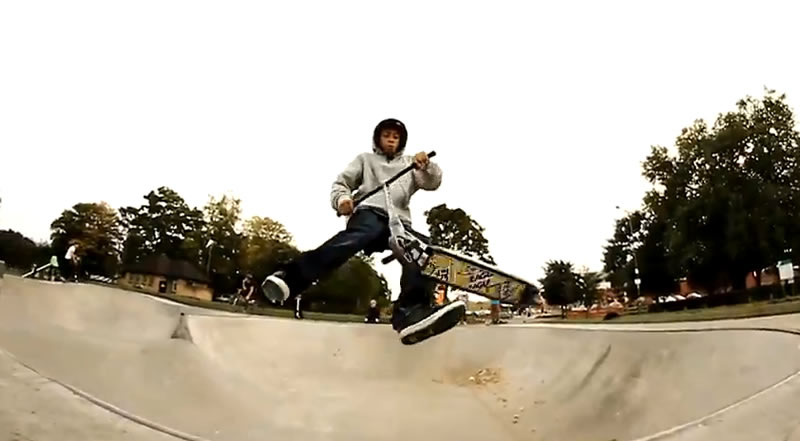 Brandon James is a scooter rider from England and has achieve expertise in scooter riding within a span of just 4 years. This 17 year old was born on the 24th of August, in 1995, in London, and began riding in the year 2009. His riding style is the street terrain, and he prefers riding the street or even a ledge/raid, instead of sweating it out in a local skatepark, though Harlow happens to be his favourite local spot. Back smiths, 180s, nose manuals and front boards are counted among his favourite tricks on the scooter. His goal is to travel to America and participate in the competitions there. Brandon has a devil-may-care attitude towards his sport, and prefers to enjoy scoter riding with his friends in a relaxed manner. He chooses to ignore the hatred towards the sport or his ways, and continues to dress or ride in the way that he finds most comfortable.

Dylan Morrison is one of the most famous and talented scooter riders whose talent is displayed in the park terrain. Big tricks mark his style of riding. Morrison was born on the 3rd of June, 1998, and is just 16 years old. He has grown up his hometown, Cheltenham in England. Morrison started his riding career back in the year 2010. His best trick is a backflip drop-in, and HisMacfields is his favourite park. Morrison emerged as the world no. 2 in 2013 and 2014. His other achievements include the 2nd position in the Australian Championship 2014, and the top position in the Pro Series 2014. Dylan draws his inspirations from Max Peters, as well as all local boys. His current setup includes the scooter manufactured by APEX Pro Scooters, with the necessary accessories by APEX. 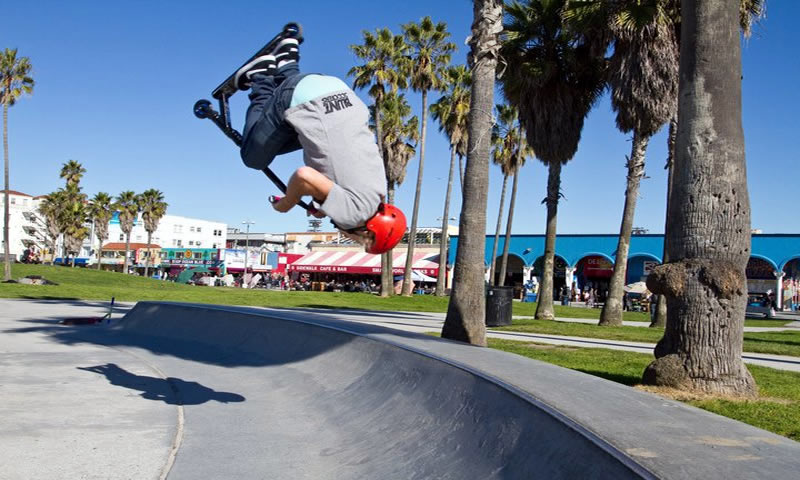 Max Peters is one an excellent scooter riders, and he is essentially a park terrain rider. Inwards and tucks are his strengths, but he is also working on other tricks such as quint (5) whip air, inward to doublewhip flyout and 360 bri-tripple whip. Peters was born on the 25th of September, in the year 1994. The 20 year old rider lives in Seaford in Victoria of Australia. He became an expert at the sport within about two years of starting with the sport, which, he admits, happened through videos and the internet. Barnsdall and Benella can be counted among his favourite skatepark or street spot, and he scoots mostly in Franga, but is also likes to travel around. Most often, he rides with Mick Nuangput or Luke Pickett. This ENVY rider also takes interest in riding motorbikes. 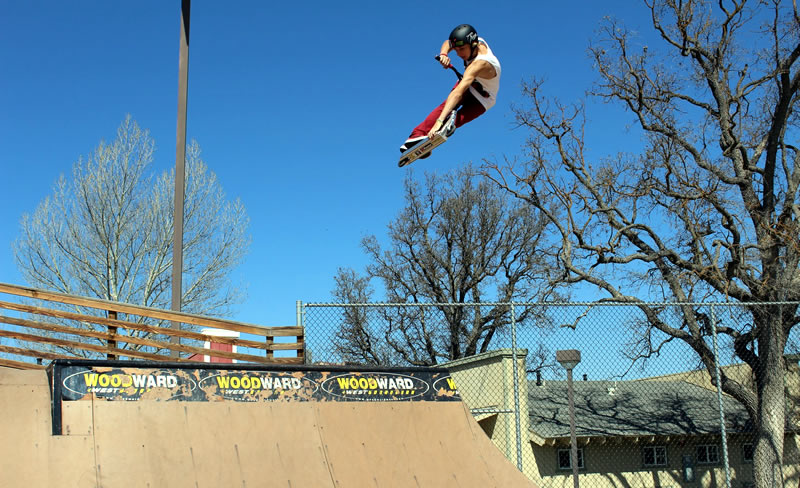 Jeremy is a scooter rider with 7 years of experience in riding since the year 2008, and prefers park and flow terrains. His favourite tricks are corked 20 and flip drop-in, with 1080 barspin as the best trick he has landed. Born on the 20th of November in the year 1996, this 18 year old scooter rider describes a smooth flow as his style, and considers his victories in the US Championship and SD8 as his biggest achievements in his career. With the goal of inspiring children all over the world to enter the sport and help it grow further, this Eagle rider maintains a healthy relationship with all the other scooter riders. The set-up that he rides is a Razor Ultra pro stock scooter. The Santa Clarita skatepark of California is his favourite local spot. Malott is also a rider of competitive BMX. 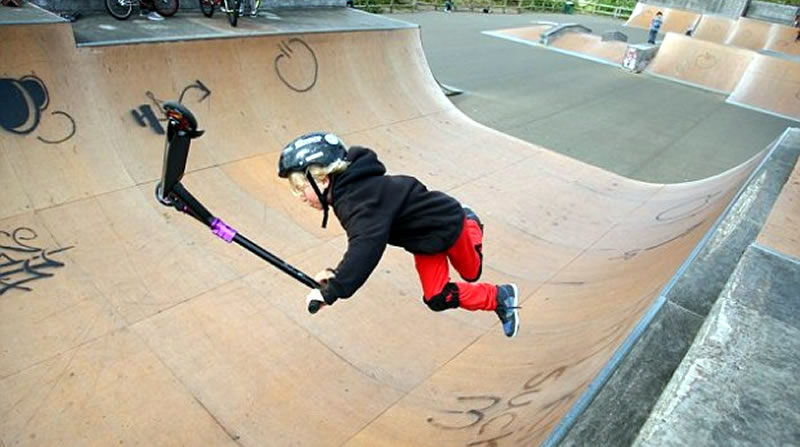 Jamie Rider is a young but talented scooter rider who serves as an inspiration for other riders. The 20 year old scooter rider was born on the 21st of March, in the year 1994, and has grown up in his hometown, Tweed Heads, in Australia. His favourite local park for riding is the Waterloo park of Sydney. His strength is riding the street terrain. He likes to experiment with varied tricks that let him Go Big in his street style. He has emerged as the winner of several competitions, and he considers it his career’s accomplishment to help with the design of early APEX parts range. Matt McKeen has remained among his inspirations during the early years of riding, which began in 2007. His current setup includes ODI long necks, with accessories designed by APEX, including his signature pegs. 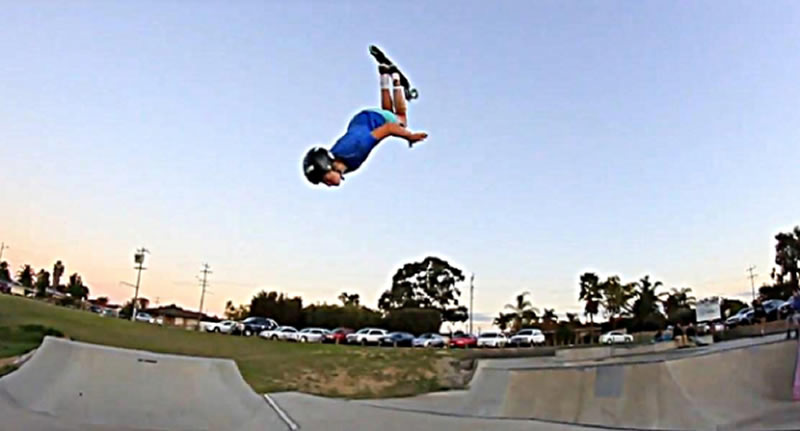 Often called by his nickname Da Bennis, Ben Thomas is a scooter rider who is from Australia and is known to inspire many other riders to take up the sport. Born on the 9th of September in the year 1995 in Australia, Thomas’ style of riding involves tech and spine/box. Within just 5 years of starting his journey as a scooter rider, Thomas has received the sponsorships from Sacrifice Scooters and Level 7 Clothing brand. He particularly enjoys riding at the local skatepark High Wycombe. His favourite trick is the flip kickless rewind spine. One of the biggest achievements as a rider for Thomas is his acquisition of the 2nd place in the Moomba competition. Apart from scooter riding, Thomas also enjoys playing football, and finds BMX to be quite fun, as well. 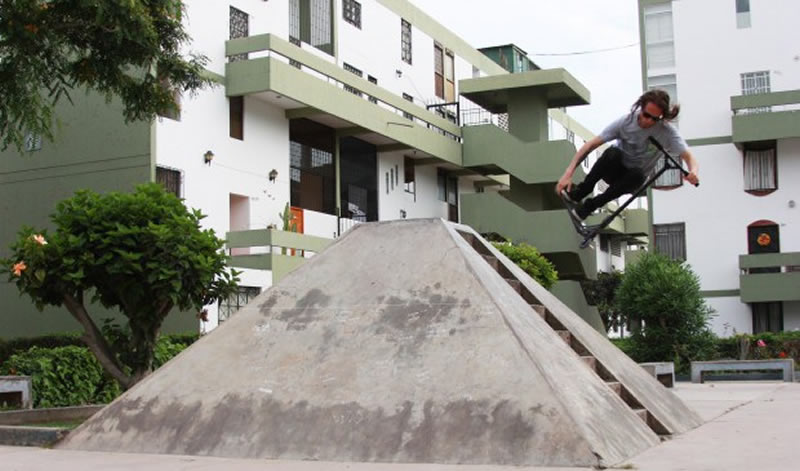 Matthey J. McKeen is a successful professional scooter rider. He was born on the 13th of September in the year 1992, in Philadelphia, Pennsylvania, in the United States. This 22 year old has an important role to play in the Addict team, and is assisted by his Signature deck and bars. One of the greatest achievements in his scooter riding career is when he was voted as the Best Street Rider of ‘06’ for the Scooter Resource Forum awards. In the year 2009, he also received the opportunity to get filmed for MTV’s season 2 of Nitro Citrus, and it took place in West Chester at the Bam Margera’s compound in his house. He had Cory Vanlew participating with him. They received about 13 seconds of air time between them on the show. Thomas is a bachelor in fine arts and filmmaking. 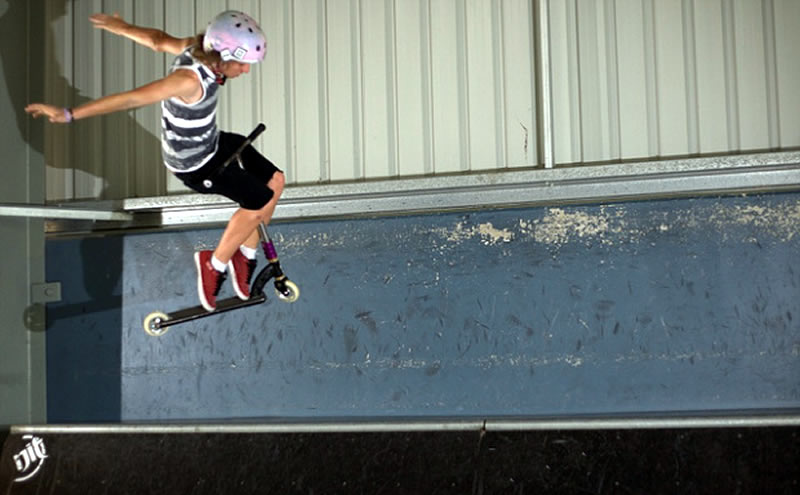 Robbie Menzies is a 19 year old scooter rider from Helensvale, Gold Coast. He was born on the `24th of May in the year 1995, in his hometown. He began riding scooters back in the year 2008, and enjoys riding in the Deeride indoor skatepark in England. His style of riding essentially involves steeze and flow, and he considers it his personal best trick to flow around. He is greatly inspired by Tom Dugan, watching his BMX videos. This has led him to achieve the 4th position in the Aussie ISA competition, as well as the 3rd position at the ISA World Championships 2012. In 20078, he was ranked at World no. 8, and in 2012, he was placed World no. 3, which is his highest career ranking so far. This Team Rider has a current setup of Blue Apex Barends, with accessories from the same brand. -sporteology