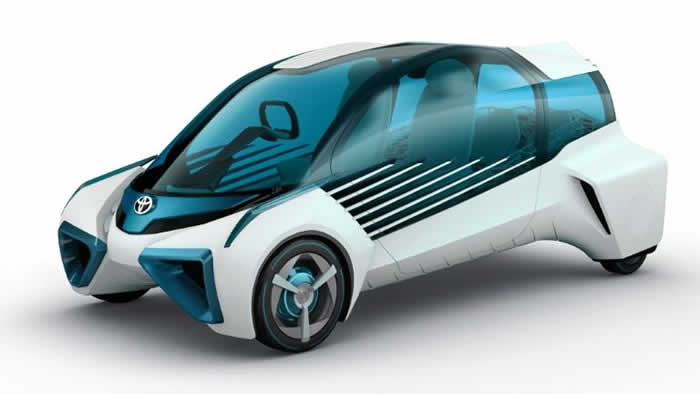 Toyota’s three-seater exoskeleton car and an electric vehicle with touch screens that turn it into a “digital space” are among the concept models that will be on display at the Tokyo Motor Show this week.

The biennial event will also focus on self-driving cars and the latest environmental technology as firms look to tap growing demand for green vehicles, seen as the next evolution in the global automotive industry. “This year, autonomous driving will be a big trend, with the Japanese automakers really showing what they are trying to do and trying to show that they can match, if not do better, than what Silicon Valley is up to,” said Hans Greimel, Asia editor for the Automotive News.

The show’s 44th edition, which kicks off Wednesday and runs until November 8, will feature 160 exhibitors including global auto giants and parts suppliers from a dozen countries. It starts a week after Honda said it would put a commercialised self-driving car on the road by 2020, challenging rivals Toyota and Nissan, which are also betting on the future of vehicles that can drive and, in some case, park themselves.

Google has been testing self-driving cars in Silicon Valley, as have US-based Tesla and General Motors, while Nissan has vowed to put an experimental automated car on Japan’s highways as soon as 2016. At the show, Nissan, a leader in electric vehicles (EV), will show off an EV concept car without knobs and buttons, replaced by tablet-style touch screens featuring controls and maps on a white instrument panel. Music, videogames and movies can also be played on the screens. “The car becomes a digital space when it’s parked,” said Nissan product planning general manager Hidemi Sasaki.

“You can use it as a gaming room, movie theatre…or you can chat online with your friends.” Toyota’s Kikai vehicle conjures images of the Terminator films with some of a usually hidden underbelly — including fuel tank and hoses — exposed, giving an inside look at the car’s machinery. The automaker said its concept car shows off “the fundamental appeal of machines: their fine craftsmanship, their beauty, simplicity, and their fascinating motion”.