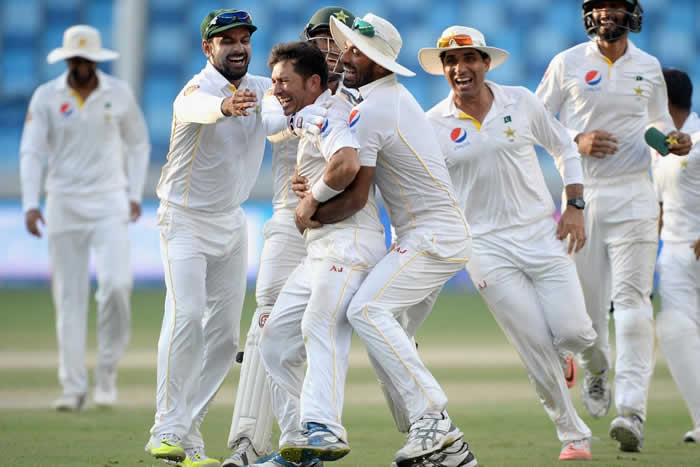 Pakistan defeated England by 178 runs to win the second test match at Dubai on Monday,  Pakistan lead the three match series 1-0. The green shirts won the toss and chose to bat first.

The green shirts scored 378 runs in their first innings with skipper Misbah-ul-Haq being the top scorer with 102 runs whereas Asad Shafiq made 83 runs for the side. Younis Khan and Shan Masood made 56 and 54 runs respectively. Moeen Ali and Mark Wood grabbed three wickets each. England, in their first innings, managed 242 on the board. Joe Root made 88 runs whereas Alastair Cook scored 65 runs.

The English side, chasing 491 runs to win, scored 312 runs with Joe Root being the top scorer with 71 runs whereas Adil Rashid scoring 61 for the team. Yasir Shah took four wickets in the innings whereas Zulfiqar Babar took three wickets.