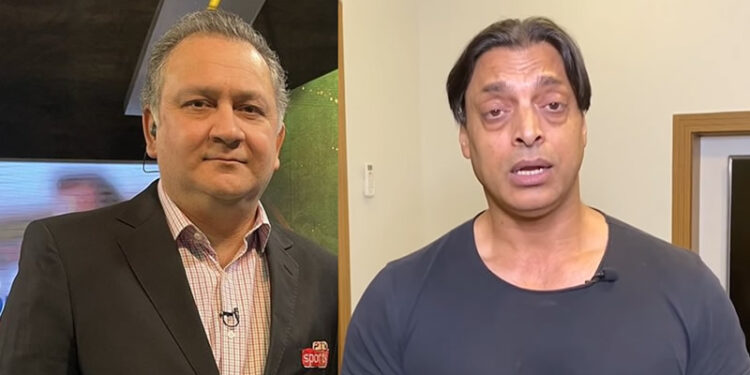 The Pakistan State Television (PTV) officials have on Wednesday taken cognizance of how the show anchor lashed out at national hero and cricketing legend Shoaib Akhtar and asked him to leave the panel, ARY News reported.

The national television administration has ordered an inquiry into the matter where Shoaib Akhtar was apparently disparaged in the live transmission following which the veteran cricketer announced he was quitting the job there and left midway.

Multiple clips are circulating on social media so I thought I shud clarify. pic.twitter.com/ob8cnbvf90

In his statement post-fiasco on Twitter, Shoaib Akhtar said he was utterly embarrassed at the Game On Hai show for how rudely its host Dr Nauman Niaz behaved over banter and asked Shoaib Akhtar to leave the show.

The star donning the Rawalpindi Express title said he tried to still calm the temperature by staying on the panel despite the commercial break but the host, Dr Nauman Niaz, didn’t relent even then which entailed his abrupt departure from the show.

I wonder why one has to be reminded @shoaib100mph is a star. He has been the best of the best, he shall always be. He has brought laurels to the country is undeniable. One side of the story always attracts nonetheless having been friends for ages I’ll always wish him the best.