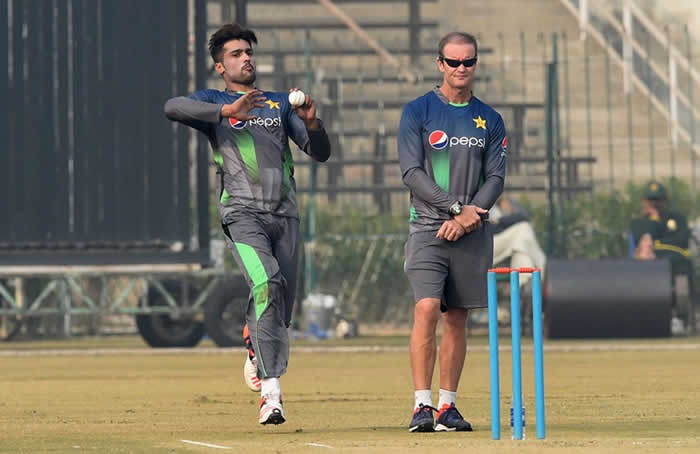 Paceman Mohammad Amir will resume his international cricket career in New Zealand this month after immigration officials granted him a visa Thursday to play for Pakistan in its one-day and Twenty20 series.

Amir, a convicted spot fixer, completed a five-year ban from international cricket in September and served six months of a three-year prison sentence for taking bribes to bowl no balls at specified moments in a test match against England at Lord’s in 2010.

New Zealand immigration officials considered withholding Amir’s visa on character grounds, but decided to allow him to enter the country, taking into account his completed suspension and his support from the Pakistan and New Zealand cricket boards. New Zealand captain Brendon McCullum earlier said Amir should be given “the benefit of the doubt” and allowed to play for Pakistan in limited-overs matches in New Zealand. Amir was first selected for Pakistan at 17 and became the youngest player to take 50 test wickets before he was banned at 18 when a newspaper exposed spot fixing by Pakistan players. The 23-year-old left-armer remains a polarising figure for Pakistan’s cricket-mad public and even some teammates.

Last week Mohammad Hafeez and Azhar Ali left a training camp which Amir was attending in protest at his prospective selection. They were later forced to return after being threatened with disciplinary action. In an earlier interview with AFP, Amir said he was confident most fans were on his side. “I am sure fans will love me,” he said. “But even if there are taunts and harsh remarks I am ready for that and will do my best to reply to them with love and by taking wickets.” Pakistan will play New Zealand in three Twenty20 internationals starting in Auckland on Jan 15 and three one-day internationals later in the month.