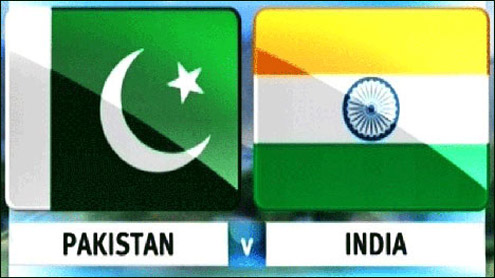 Bangladesh: Traditional rivals India and Pakistan kick-start the Super 10 stage of the World Twenty20 today (Friday) at the Sher-e-Bangla Stadium. Grouped along with defending champions, the West Indies, powerful Australia and a qualifier from Group A of the ongoing preliminary stage, the two teams know it is only the beginning of a testing league competition in the tough Group 2. Skipper Mohammad Hafeez said his team would take inspiration from a recent victory in the Asia Cup against India but conceded that MS Dhoni’s return would bolster the Indian team. “Dhoni’s leadership is a key factor as he has done well over the past five-six years,” Mohammad Hafeez said.

“They’re a good batting side but having played in Bangladesh during the recent Asia Cup we have prepared well.” Hafeez said he was not worried about statistics concerning the teams and that this was not necessarily the all-important game fans on either side of the border make it out to be. “This is not the whole tournament. We have to do well as it is important to strike a good rhythm for the other matches ahead,” he said. Pakistan have never beaten India in five meetings in the World Cup and three in the World Twenty20. Pakistan have also won only one of five T20s against India. But Dhoni said on Thursday that records don’t matter.

“A lot of people talk about that (results in ICC world events) but everything depends on what we do on the field,” the Indian captain said on the eve of the high-profile game. “In fact, the gap between teams is very narrow and the smaller sides too have the talent to upset top sides in this format.” India look a little vulnerable with Dhoni missing the recent 50-over Asia Cup in which they lost to both Pakistan and Sri Lanka. Dhoni said it is only a matter of getting some things right in time. “Our bowling is an area of concern and we also need to get good starts with our batting. If we have wickets in hand, we are always capable of scoring some 10-15 runs above par,” Dhoni said.

The Indian spinners will have to make up for an inexperienced pace attack and it could well be a contest between India’s batting lineup, which has the likes of Virat Kohli, Yuvraj Singh and Dhoni, and Pakistan’s bowling, which boasts of pace bowler Umar Gul and off-spinner Saeed Ajmal among others. “They have some very good bowlers like Gul and Ajmal. They also have some good all rounders which makes things difficult for any opposition,” Dhoni said in reference to Shahid Afridi, Shoaib Malik and Pakistan captain Mohammad Hafeez.

India have played only one Twenty20 International since December 2012 but Dhoni said he was relying on the experience of the cash-rich Indian Premier League for his team. “Our players have the experience of the IPL and also of the conditions here,” said Dhoni, arguably the most successful captain in limited-overs cricket, having led his team to victory in the 2007 World T20, 2011 World Cup and the 2013 Champions Trophy.