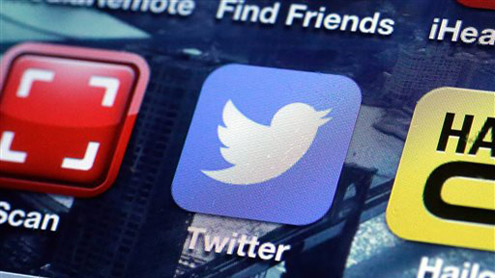 Twitter went dark in Turkey late Thursday, just hours after Prime Minister Recep Tayyip Erdogan threatened to “wipe out” the social network — one of several highlighting corruption allegations in his inner circle. Twitter’s public policy team responded by saying on its official policy feed that Turks could get around the block by tweeting through mobile telephone text services. Opposition media outlets said the block was implemented by Erdogan’s government, after the prime minister told a rally he would eradicate Twitter access in the country. The state-run Anatolia news agency said authorities “technically blocked access to Twitter” because the service had ignored various Turkish court orders to remove some links.

The website for the country’s telecommunications authority (TIB) turned up four separate court rulings referencing “twitter.com” that suggested official action had been taken. One of them says: “The protection measure has been taken for this website (twitter.com) according to the decision… of the Istanbul chief public prosecutor’s office and has been implemented by the TIB.” In Thursday’s rally to drum up voter support ahead of March 30 local elections, Erdogan had told supporters: “We will wipe out Twitter. I don’t care what the international community says.” Erdogan’s office said in a statement that Twitter remained “indifferent” to Turkish court rulings demanding “some links” be removed and that the premier was turning his attention to the matter.

The state-run Anatolia news agency said the only solution to “address the unjust treatment of our citizens” deemed in violation of Turkish law was to employ technical measures to block access to Twitter. In a first reaction, the EU commissioner for digital agenda, Neelie Kroes, tweeted that the ban in Turkey “is groundless, pointless, cowardly”. She added that the “Turkish people and international community will see this as censorship. It is.” Erdogan, Turkey’s charismatic and increasingly autocratic leader since 2003, has come under mounting pressure since audio recordings spread across social media that appeared to put him at the heart of a major corruption scandal. Dawn

Tremor in Lahore, Other Cities