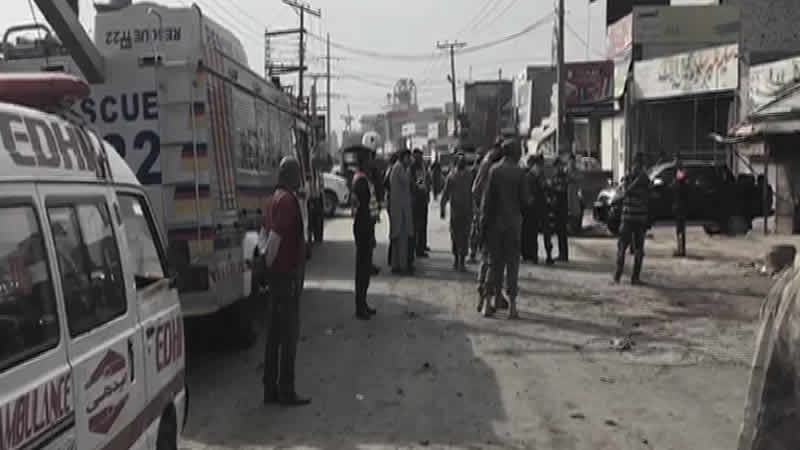 At least six persons including four army personnels were martyred and 10 sustained injuries in a suicide blast on Lahore’s Bedian Road on Wednesday.

The blast occurred in a van which was standing near Manawala chowk. Nearby vehicles and buildings have also been damaged by the explosion. Police and Rangers personnel arrived at the blast scene and cordoned off the area.

Rescue teams also reached the spot and shifted the injured to hospital for medical assistance. Initial invetsigation suggests that the attacker targeted the census team and was aged between 18-24 years. Forensic team has gathered the body parts of the suicide bomber. A search operation is underway in the area.