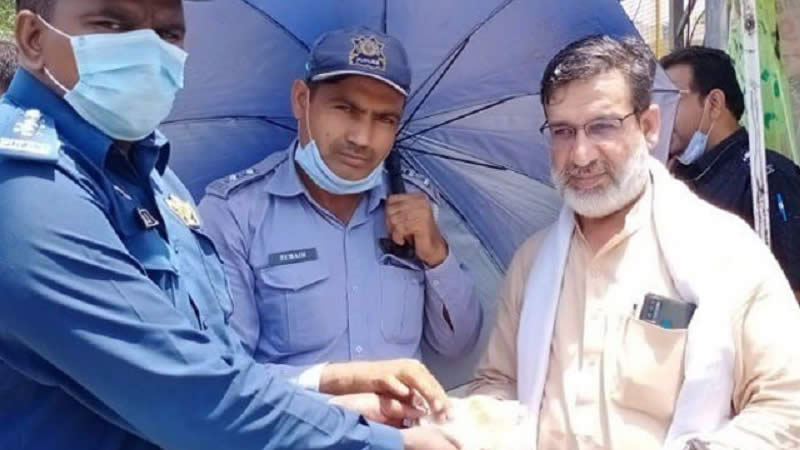 A traffic warden in Lahore has set an example of honesty by returning lost Rs1 million cash to its owner, according to Express News.

Sardar Mohammad Khan, the owner of the money, said that he lost a shopping bag full of cash while riding a motorbike near Qadra Chow area of the provincial capital.

Traffic warden Zubair said that he was on his duty along with Constable Subah Sadiq when they found a shopping bag full of money and kept it at a safe place.

Sardar Mohammad upon receiving his cash back burst into tears and praised the wardens for their integrity and honesty.

Chief Traffic Officer (CTO) Lahore Muntazir Mehdi lauded the honesty displayed by the wardens and rewarded them with certificates of appreciation.

He said that the traffic wardens have set a rare example of honesty.