Aiman Khan lashes out at trolls criticising Minal over engagement 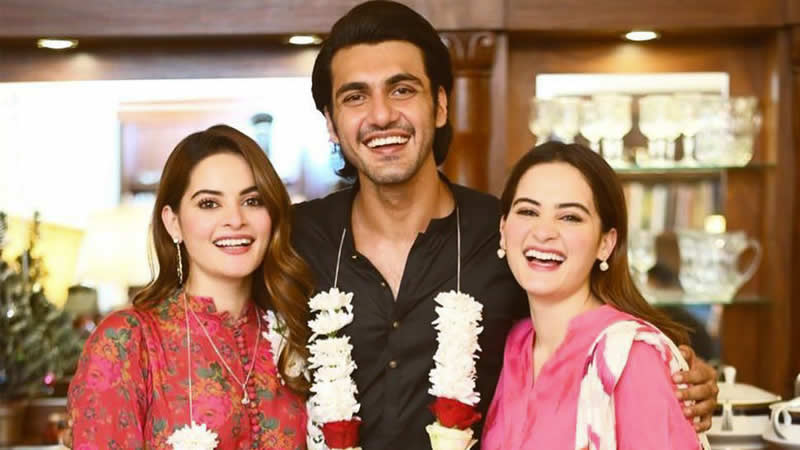 Actor Aiman Khan has come to her sister Minal’s defense after she was trolled for her engagement to Ahsan Moshin Ikram.

“Shut up, all of you,” Aiman burst out. “Wish them good luck and congratulate them on their new life.”

Minal and Mohsin shared their “baat pakki” photos on Tuesday. Their posts were filled with wishes and congratulatory messages from fans and celebrities alike, but the couple’s photos irked a few members of the morality brigade. They criticised Minal and Mohsin for what they found “vulgar”, commenting on Aiman’s post that there was no need for such “intimate photos”. Some people even advised the two to tie the knot and get over sharing photos everyday.

Minal and Moshin’s engagement was a simple and private affair. Minal wore a pink printed suit and Ahsan a black kurta. The two have been together for more months.

Twin sisters Aiman and Minal are among Pakistan’s top actors with millions of followers on social media. Minal was last seen in ARY’s drama serial Jalan produced by Fahad Mustafa.