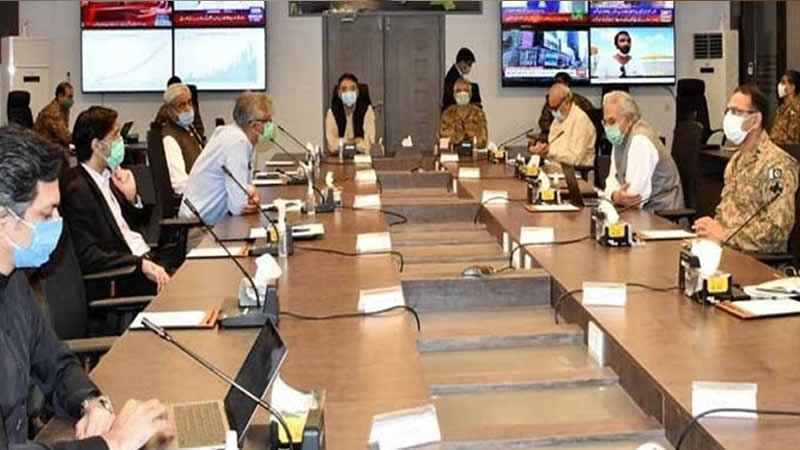 The National Command and Operations Centre (NCOC) has allowed the reopening of educational institutions in districts where the Covid-19 positivity ratio is less than 5 per cent, ARY News reported on Wednesday.

A meeting of the National Command and Operation Centre (NCOC) was held today (Wednesday) where important decisions were taken by the body.

Sectors opening from May 24:
Outdoor restaurants will be opened daily till 11:59 pm and takeaways will be allowed 24/7.

Tourism will be allowed to operate under stringent COVID-19 protocols.

Sectors opening from June 1:
Outdoor marriage ceremonies with maximum of 150 individuals from June 1.

Staggered opening of educational institutions from June 7 — other than those opened from May 24.

The interprovincial public transport will remain closed for two days — Saturday and Sunday — from May 22.

Matric, Intermediate exams
Moreover, the NCOC also announced that all SSC and HSSC exams will be held after June 20, while conducting professional and non-professional exams would take place on a case-to-case basis on recommendations from the Ministry of Education.

The meeting of the NCOC, chaired by Federal Minister Asad Umar, on May 17 had announced resumption of the inter-city and intra-city transport in the country.

Aiman Khan lashes out at trolls criticising Minal over engagement