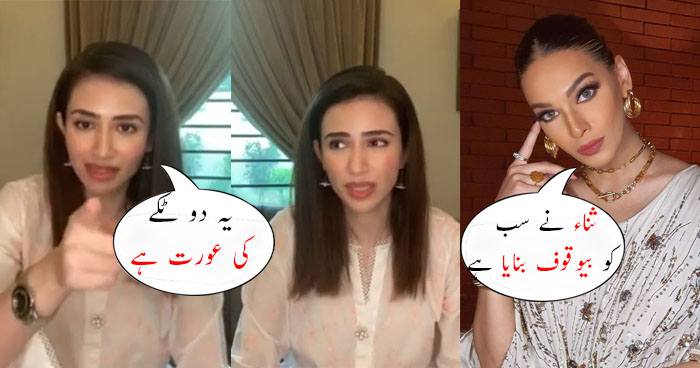 Sana Javed is a Pakistani film and television actress. She made her acting debut with a minor role in the acclaimed television series Shehr-e-Zaat. Her powerful acting in blockbuster dramas like Khaani, Romeo Weds Heer, Russia, and Dunk has made her one of the leading actresses in the Pakistani Entertainment Industry.

Numerous posts by other artists in the showbiz industry are currently going viral on social media about the inappropriate behavior of Pakistani film and drama actress Sana Javed, which has shocked the fans.

On the other hand, for Sana Javed, who looks innocent in the lead role of ‘Dua’ in Mushtaq Khak, various showbiz industry personalities are sharing posts on social media about their disgusting experiences and covering up their hidden faces. There are Internet users who are looking confused and confused.

Earlier, a similar complaint was made on social media by Pakistan’s beautiful model Manal Saleem.

Over the past few days, Sana Javed has been accused by several members of the showbiz industry of rudeness and abuse of power.

The actress decided to settle the allegations with a legal notice and reported it to her fans on Instagram. The detailed Instagram post also includes photos of a legal document that further explains the details of the whole affair.

Japanese support restored over 50,700 households in Khyber and Kurram Districts