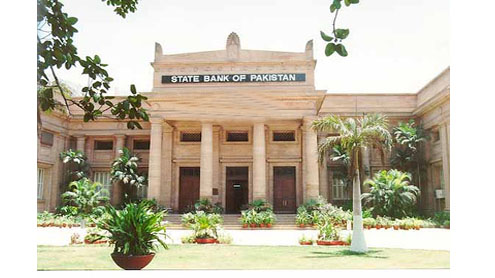 To start off the SAARC scholarship scheme, Reserve Bank of India has offered one scholarship per year to an applicant from SAARC region.The focus of the Governors’ Symposium was to gauge the impact of the euro debt crisis on the SAARC region. To complement the country specific presentations, two key-note speakers, former SBP governor Dr Ishrat Husain and former IMF official and now fellow with the University of Bonn Dr Ehtisham Ahmad, set the framework for the country specific presentations.

In his introductory comments, Anwar gave a comprehensive, yet concise timeline of the series of events that have created the challenging economic conditions in Europe. He highlighted how the loss of risk appetite after the US mortgage crisis in 2007-08, triggered the stresses that heavily indebted peripheral European countries currently face. Although, Anwar acknowledged some adverse impact on Pakistan via European export demand and foreign investment, he concluded that Pakistan has largely been insulated from the fallout of the euro crisis.

Husain, echoed Anwar’s assessment, but extended the view to capture the entire SAARC region. Criticising the assumption that a common currency would bring ‘endogenous convergence’, Dr Hussain said that instead of addressing their fiscal divergence, easy euro financing allowed countries to ignore their fiscal problems and live beyond their means. He concluded with the view that the problems in South Asia are similar and domestic in nature.

Dr Ahmad built on Dr Hussain’s talk, by highlighting the role of standardized information to gauge whether EU member countries were in fact complying with the spirit of the convergence criteria that created the euro.Dr Ahmad said that fiscal rules do not work without a credible system of rewards and / or sanctions. He also admitted that the IMF had understated the cost of austerity, and stressed the need for a BRIC Bank that would provide long-term funding to developing countries. He ended with two questions; can currency arrangements be credible without credible reward/sanctions? And, do currency unions have to evolve towards full fiscal federation to operate efficiently?

During country presentations, India, Maldives and Afghanistan explained how the Euro crisis has hurt their economies; while Nepal, Bangladesh and Pakistan claimed their economies were largely insulated. Sri Lanka was in between the two groups.The adverse impact varied: for India, the vulnerability was the confidence channel; whereby negative news from the eurozone would make foreign investors in India more cautious; in the Maldives, the reduction in European tourists was much worse than had been anticipated; and in Afghanistan, aid flows from Europe were interrupted.

Despite the mixed picture, all countries agreed that common challenges of a domestic nature dominate the SAARC region. As spelled out by Dr Mushtaq Khan (SBP) low tax revenues; inadequate power; falling FDI; the need to enhance productivity; governance and corruption, have taken a bigger toll on the region than the euro crisis.

Reserve Bank of India Governor Dr Subba Rao raised an important point about how debt sustainability is strongly linked to the tax-to-GDP ratio in the context of repayment capacity. Although India’s ratio is currently 19 percent, Dr Rao felt this ratio needs to increase to 22 percent. The Pakistani representatives agreed with his assessment, and urged policy makers to take urgent steps to increase the tax-to-GDP ratio in Pakistan to escape the domestic debt trap.

During the ACU/SAARC events, Anwar assumed the Chair of the Board of Directors of ACU during the 42nd Meeting of the Board. The governors and deputy governors of central banks of Bangladesh, Bhutan, India, Iran, Maldives, Myanmar, Nepal, Pakistan, and Sri Lanka participated in the meeting.

One of the primary objectives of the establishment of the ACU is to promote monetary co-operation amongst the participants, and develop a closer relationship between their respective banking systems. This would then contribute to the expansion of trade and economic activity, within the ACU region. In his inaugural address the SBP governor said that in today’s scenario, economic cooperation among the participants of the ACU is needed more than ever.

The expansion of intra-regional trade and cooperation on other fronts, among ACU member countries will help absorb any further negative shocks in the global markets. With an increase in trade amongst ACU countries, and an integrated financial system that reduces the cost of trade, the countries of the ACU will be able to diversify their trade and tap into some of the fastest growing markets of the region. – DailyTimes