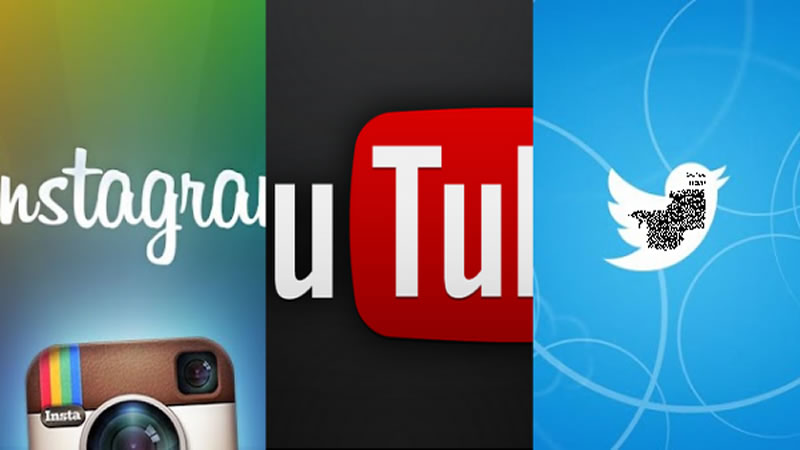 The quandary for those who run social networks is how to monetise activity on them without anta gonising and thus losing users through distracting ads? The answer, for Twitter, YouTube and Instagram, is to slip in some stealthy ads camouflaged to look like posts from listed contacts.

Each of the networks has in-house teams whose job is to think up ways to advise brands on how to sneak their marketing into members’ feeds.

At YouTube, owned by Google, the effort is called “Zoo”. Instagram uses the “Creative Shop” of its parent company Facebook. Twitter’s name for it is the relatively straight-forward “Brand Strategy”. The strategies adapt to the specific requirements, formats and behaviour on each of the social networks. In the case of Instagram, the four-year-old site which boasts 300 million users worldwide who share filtered photos and videos, the advertising push has now extended to France. The network long resisted introducing sponsored messages, aware that many of its fans were creative types — artists, photographers, architects — against having screens of pure images corrupted by tawdry commercial intrusions. But after Facebook bought it for $715 million in 2012, Instagram started putting in ads. They started in 2013 in the United States, then Australia and Canada in late 2014 and, from mid-March this year, in France. They hide in plain sight: presented in the same square format, with the same “vintage” filter as user-generated pictures. Only the mention “sponsored” reveals that it’s there to sell, not share.

“The brand has to express itself as if it’s a person and respect the community,” explained Cedric Atlan, of Facebook’s Creative Shop. “You have come upon the brand the same way you would a friend or someone from your family. The advertising needs to be integrated and not disturb the user.” The specialist teams are experienced, well versed in advertising and marketing, often having been snapped up from ad agencies. Each count around 100 employees, scattered around the planet. The job requirement is to have a deep and nuanced knowledge of local markets and to stay abreast of the latest trends. “There are no borders. It’s a global team that communicates from everywhere in the world, 24/7. If you want to know what’s happening with mobiles in Asia in such and such an area, we can get an answer in an hour,” said Mailine Swildens, director of YouTube’s Zoo for southern and eastern Europe, the Middle East and Africa. In 2014, Zoo lent its talents to the Italian fashion company Fendi and the result was the first fashion show filmed with drones and broadcast live on YouTube.

“There are innovative areas where you can mix geolocalisation, mobiles, technology,” Swildens said. Laurent Buanec, brand strategist for Twitter, said: “Sometimes, we get ideas that aren’t really feasible or which miss the point. Our role isn’t to give scores but to accompany agencies and brands.” One campaign rolled out with the help of Twitter was for Nissan France. During a UEFA Champions League tournament, the car manufacturer turned its Twitter feed into a football-stat spouting source during the matches — to emphasise the brand’s sponsorship. While it makes sense for the social networks that depend on advertising for their revenues to take on this consulting role, Nicolas Levy, who handles strategy for the Marcel advertising agency within the French Publicis group, said they may end up in competition with the big ad agencies. “Right now, it’s in everybody’s interest. But in the longer term, Google and Facebook — which are the most innovative and the biggest — are potentially rivals,” he said. “The solution for the big advertising group is to grow, especially in the data field, so that they don’t leave client understanding to the social networks,” Levy said. (AFP)