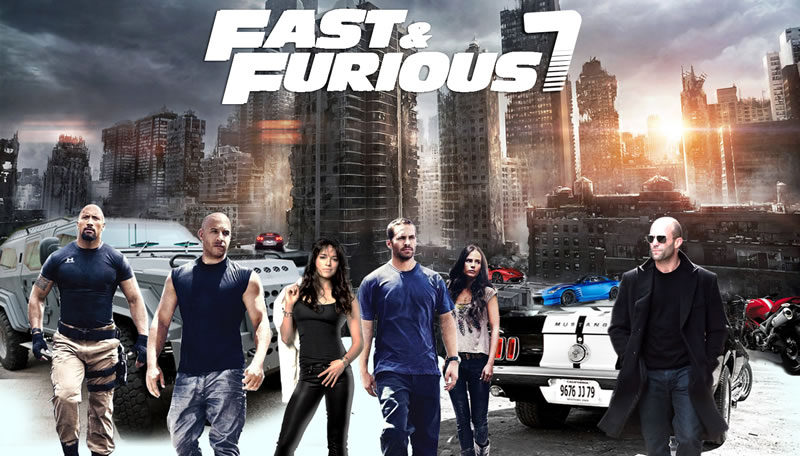 “Furious 7” roared to the top of the box office chart for the second weekend in a row, picking up $60.6 million and driving its stateside total to a massive $252.5 million.

That’s a slender 59% drop from the Universal Pictures release’s record-breaking $147.2 million debut and puts “Furious 7” on track to be the highest-grossing film in the history of the “Fast and Furious” franchise.

“People feel like they’re living through the summer movie season right now even though it’s not summer,” said Paul Dergarabedian, senior media analyst at Rentrak. “It’s the essence of a popcorn movie.” It’s also the essence of perfect timing. By debuting in April, “Furious 7” avoided being cannibalized by other major summer tentpole films. The next heavyweight to enter the multiplexes is “Avengers: Age of Ultron,” which doesn’t hit screens until May 1. “Studios are not afraid to place a strong movie in unconventional times and it’s paying off quite well,” said Phil Contrino, vice president and chief analyst at BoxOffice. “There’s no need to open everything in June, July or May when you’ll get creamed by whatever opens the next week.” Records continue to be left in the rear view mirror. “Furious 7” is now the fastest Universal release to cross $200 million, jetting by that barrier in only eight days. It took “Despicable Me 2,” the studio’s previous high-water mark, 11 days to reach that milestone. “Furious 7” is also one of only a dozen movies to do more than $60 million in its second weekend.

Fan interest in seeing how “Furious 7” would handle the death of star Paul Walker is helping to drive ticket buyers to the sequel. Walker was killed in a car accident in 2013 at the age of 40 before filming was completed on the picture. “It’s getting the best reviews of the franchise and people are talking about the poignancy of the footage of Paul Walker,” said Kindergartner. “The fans are basically in charge of marketing it right now and they’re creating great word-of-mouth.” Dream Works Animation’s “Home” continued to rope in family audiences, scoring a second place finish and $19 million. The alien invasion film has earned $129.6 million in three weeks of release. Newcomer “The Longest Ride” debuted to $13.5 million across 3,366 theaters, in line with projections. The Fox release was on the low end of debuts for a film based on a Nicholas Sparks’ literary property, failing to match “Safe Haven’s” $21.4 million bow or the $22.5 million kick-off for “The Lucky One.” It did do significantly better than “The Best of Me,” the most recent sudser from Sparks, which opened to a dispiriting $10 million last October.

Critics were savage, as they usually are with Sparks’ work, but audiences seemed to enjoy the romantic drama, handing it an A Cinema Score rating. “The Longest Ride” got its strongest response from the middle of the country, the so-called heartland, and attracted an audience that was 73% female and 54% under the age of 25. “Word will get out,” said Chris Aronson, Fox’s domestic distribution chief. “I remember sitting in focus groups for the film and, to a person, everyone said this is the best Nicholas Sparks movie they’d ever seen and that includes ‘The Notebook.’ So that’s the word that will permeate.” “The Longest Ride” centers on a former rodeo star who falls for a college student with dreams of life in the Big Apple. It cost $34 million to produce and features emerging stars Scott Eastwood (son of Clint) and Britt Robertson (soon to make waves in “Tomorrowland”). Prison comedy “Get Hard” picked up $8.6 million in its third weekend of release to nab fourth place.

The Warner Bros. film has earned $71.2 million since debuting in March. “Cinderella” completed the top five, earning $7.2 million and pushing its domestic total to $180.8 million. In limited release, “Ex Machina” did impressive business, snagging $249,956 from just four screens. The science-fiction thriller was buoyed by sterling reviews. Noah Baumbach’s “While We’re Young” performed well after expanding from 34 to 246 screens, earning $1.4 million. The comic look at a documentary in the throes of a mid-life crisis has earned $2.4 million since debuting three weeks ago.The Weinstein Company’s “Woman in Gold” also had a big expansion, moving from 258 to 1,504 locations and earning $5.8 million in the process. The drama about a fight to recover art stolen by the Nazis has made north of $9 million in two weeks. Backstage drama “Clouds of Sils Maria” opened to $69,729 on three screens, for a $23,243 per screen average. But the weekend was all about “Furious 7,” which clearly has its eyes on making $1 billion and may get there by the time it ends its run. (Reuters)