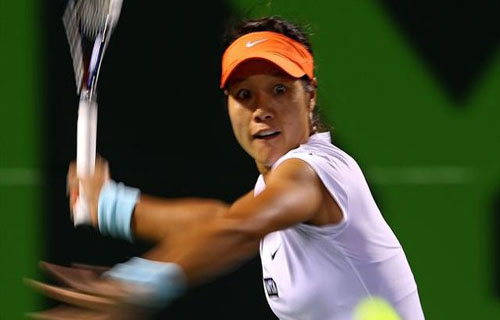 Li did not play a match until the third round after receiving a first round bye and second round walkover but has since been in sizzling form, reaching the last four without dropping a set.

Earlier on a windswept centre court, Cibulkova fought off three match points to claim a 3-6 7-6 (7-5) 6-3 upset win over third seed Agnieszka Radwanska of Poland, propelling her into the top 10 for the first time in her career. The win set up another clash with Asia’s first Grand Slam singles champion, who defeated the Slovakian at Melbourne Park in straight sets and again at the quarter-finals at Indian Wells in three sets two weeks ago. 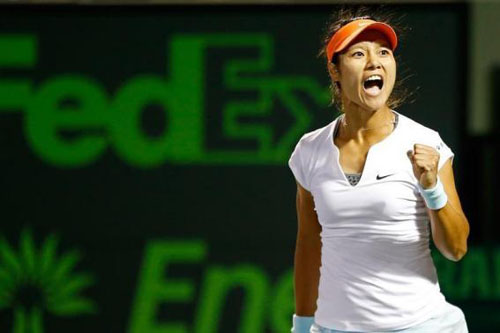 “Another tough match, for sure,” said Li, looking ahead to her semi-final. “I think so many people think about maybe a repeat for the final, but it’s not. “Miami is Miami, because Australia is over. It’s past already.” Wozniacki, a former-world number one, presented few problems for Li as she raced to a 4-1 lead in the opening set before the Dane hit back with a four-game spurt to go in front 5-4. But Li recovered to close the set with a three-game run which was followed by a similar four-game sweep to end the second set and clinch the match. 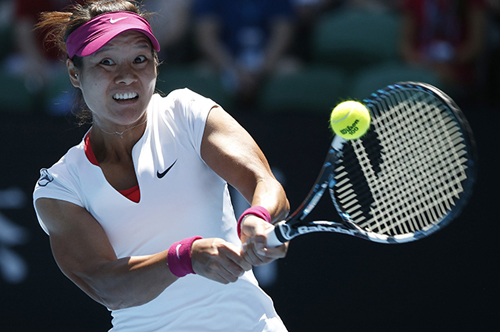 With players struggling in cool, blustery conditions, 10th seed Cibulkova reached the final four for the first time in eight visits to Miami despite being broken 10 times by Radwanska, committing 51 unforced errors and eight double faults. The match was not of the same quality the pair showed in their Australian Open semi-final earlier this year, as Cibulkova waited until the fourth game of the second set before managing to hold serve for the first time. “I have to say I’m really glad, especially about my win today,” said Cibulkova, who took out three-time champion Venus Williams in the fourth round. 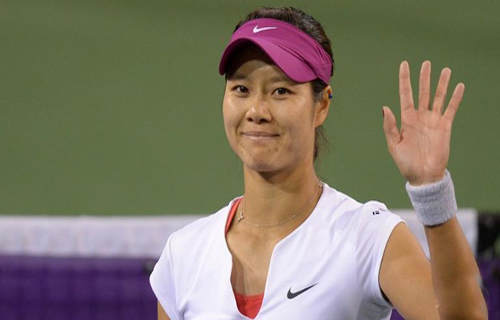 “It wasn’t easy at all to play today against Aga with the wind and conditions and I had to stay aggressive all the time even if I missed many shots.” With the wind whipping and swirling around centre court, the game opened with five consecutive breaks before Radwanska held serve to grab a 4-2 lead. But the set would end the way it began with three more breaks and Radwanska taking a 1-0 lead. The slew of breaks extended into the second set with three more before Cibulkova finally held serve. Trailing 5-4 in the second set and serving to stay alive, Cibulkova staved off three match points before holding and then breaking Radwanska en route to winning the set in a tiebreak. 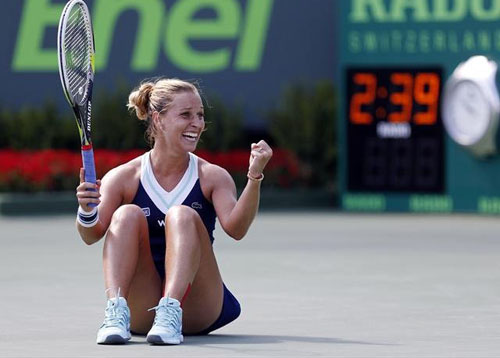 “Well, I saw she (Cibulkova) has match point down and then leaving the hotel, come to here, and then one set all, and I go and middle of the warmup, they say she won,” said Li. Radwanska, with her left knee and right shoulder already heavily taped, called for the trainer at the changeover and had even more plaster applied to right hand. When play resumed Radwanska quickly found herself down a break and could never regain control, Cibulkova eventually falling onto her back and raising her hands in triumph after watching the Pole’s return sail long. World number one Serena Williams, a six-time champion on the Miami hardcourts, will take on five-time runner-up Maria Sharapova in the other semi-final. -YahooNews