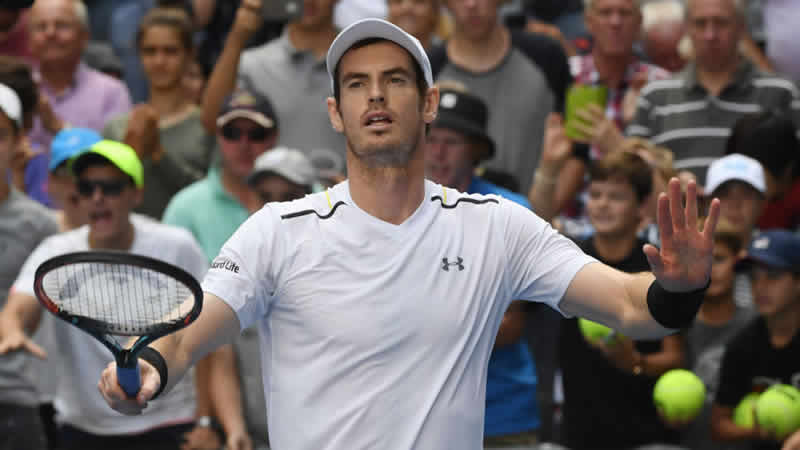 Andy Murray admits he struggled to stay motivated after a scintillating surge in form that propelled him to the top of the world rankings only a few months ago.

The Briton usurped Novak Djokovic to become world number one for the first time at the end of last year, but approaches the French Open next week on a poor run. Murray turned 30 last week but there has been little to celebrate on the court, with his latest defeat coming at the Rome Masters when he lost his second-round match to local favourite Fabio Fognini.

Rafael Nadal s red-hot form makes him the favourite at Roland Garros when the French Open begins on Sunday and Murray told AFP in Paris: “Maintaining your motivation, your focus and concentration for a very long period is difficult. “At the end of last year I put in a lot of effort, focus and I achieved a very big goal.

“You have to reset your goals. That s something I need to do now to look to the future and to keep myself motivated for the big events.” Murray is renowned for his hard work on the training court and said there is no magic ingredient if he is to win Roland Garros for the first time, having reached last year s final only to lose to Djokovic in four sets.

Read More: Murray on ‘top of the world’ after Davis Cup win

“Maybe at the beginning of the year, like in January and February, I was maybe still recovering a little bit from the last year. But the last two months, I just haven t played well,” Murray said, speaking at an event in the French capital by his sponsor Under Armour. I had a small issue with my ankle, you know so practising and stuff with it may be not as good as it needed to be.

“I spoke to my team about that, I wanted to get back to work. To do that, I have been training very hard, spending a lot of time practising and working on my game. That s the best way to get your confidence back.” After crashing out in the third round of the Madrid Masters earlier this month to unheralded Borna Coric, Murray acknowledged his slump in form was a cause for concern.

He also suffered a shock fourth-round exit at the Australian Open to Mischa Zverev in January and told AFP that it was a tough balancing act between missing tournaments to recover while also trying to retain his prized top ranking.

“If you miss a lot of tournaments your ranking drops and people say, He s only ranked number seven in the world, he s not that good. But to get the balance of playing enough to stay at the ranking you maybe deserve or the level you feel you re playing at, and to take enough rest so you re able to maintain your best level for long enough, is always a challenge.”