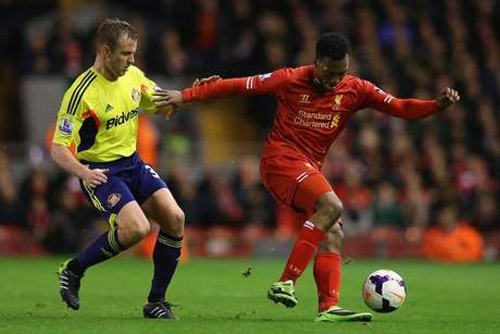 The Reds’ 2-1 win at home to Sunderland – a seventh successive league victory – produced a tense finish having seemingly been comfortable with two-goal cushion. Liverpool are the top-flight’s leading scorers with 84 goals and while a Steven Gerrard free-kick and Daniel Sturridge’s 20th of the season put them on track to regain second spot from Manchester City, 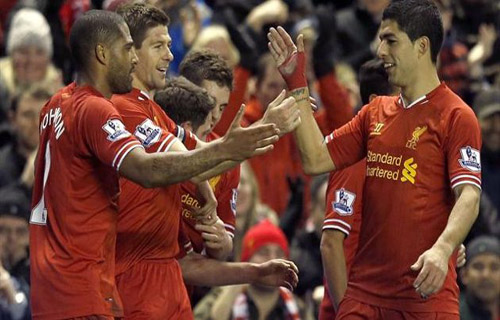 Ki Sung-Yueng’s header set the nerves jangling and John O’Shea almost snatched a very late equaliser. “The perception is that we are going to get four, five and six goals each game – which is wonderful,” said the Northern Irishman. “We knew that this was a game that we knew we have to be patient with. “We were the dominant team but no matter how dominant you are when it gets to 2-1 it is going to be tight for that last 10 minutes or so. “I thought we showed great character and deserved to win the game. 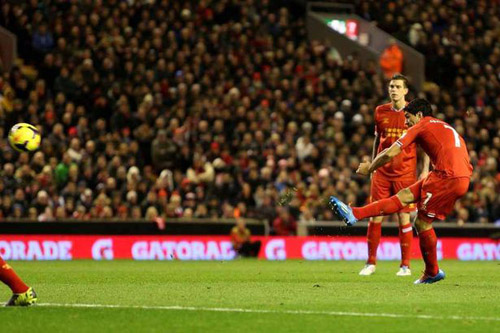 Credit to them they kept fighting because they are in a difficult position. “It shows the character of the team that we stayed with it and showed that winning mentality and finished with another great victory. It is more satisfying.” Rodgers is confident his players can cope with the pressure of the run-in as the club looks to end a 24-year drought without a title. “It is just reinforcing about calmness, we reinforce to the players to dominate the ball,” he added. “Our idea is to stay calm under pressure and it is important that they can think clearly under pressure.

“We have had a wonderful season so far but there is still a way to go. “I felt in the second part of this season we would be stronger because of the nature of our game. “There were long spells that we were very good at that but as I said as the season goes on we will embrace that pressure and enjoy it.” Sturridge’s goals meant for the first time since Ian St John and Roger Hunt 50 years ago, the club has two players who have reached 20 league goals in a season. It has happened only six times previously and in four of those campaigns they went on to win a league title – twice in Division One and twice in Division Two. “It is a wonderful achievement from Daniel. 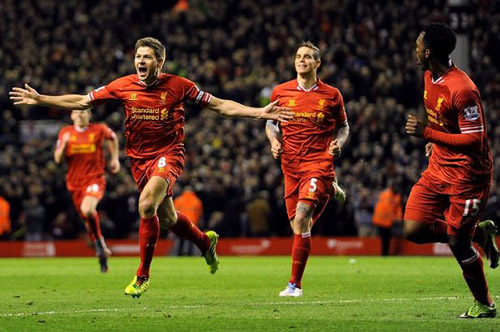 Since January when he came in he has been exceptional,” said Rodgers. “He probably wasn’t at the top of his game so it was nice he comes out and gets his goal. “I don’t see him and Luis as a pair, they are both soloists, they have different qualities but long may it continue that they carry on scoring goals.” Sunderland manager Gus Poyet, whose side remain three points from safety, was pleased with the performance from his side. “We did something nobody expected. The game was set up for a big party, four or five goals (to Liverpool) and everyone celebrating after half an hour and the game went on and on and they couldn’t score,” he said. “ 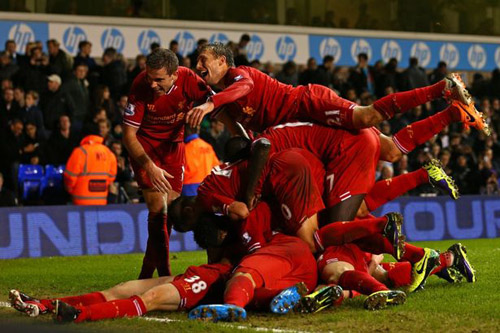 The idea was always to stay in the game, not lose the shape, believe in the system which we’ve never played before. “It is all new but it shows when you understand the game a certain way you can put teams like Liverpool, in the kind of form they are, under pressure. “It was tense. Why we cannot do it at home, I don’t know and I will kick myself thinking. “All in all it was an unexpected performance from Sunderland.” -YahooNews