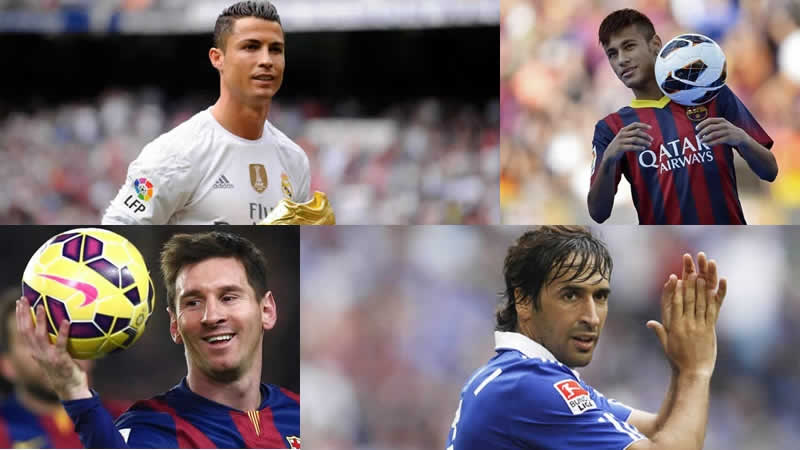 Today football is considered to be the most famous sport on the planet, and with intense worldwide popularity, comes plenty of money. Football is commonly known as soccer, and it is the most broadly played sports on the planet. Skills, strategies, goals, and celebrations are several terms that define the ecstasy of this attractive game.

Footballers are considered not less than a celebrity plus their reputation is discussed all over the world. These football players may also be considered amongst the richest people on the planet for their lucrative deals plus huge salary. Here, we list the top 10 richest footballers in the world today. 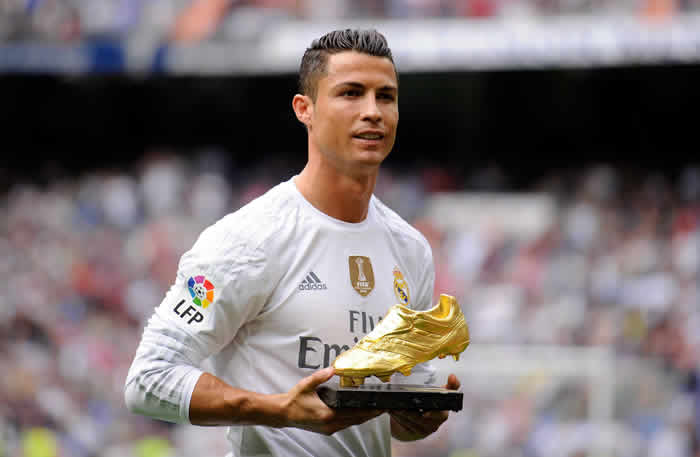 The richest footballer in the world today, Cristiano Ronaldo comes from Portugal plus plays for Real Madrid in Liga BBVA. Right after making a proceed to Real Madrid in 2009 from the Premier League club Manchester United; he has been regarded as the most costly footballer after the transfer has been valued at €94 million. He makes money by endorsing renowned brands like Motorola, Nike and Tag Heuer.

Ronaldo is in the top 10 richest footballers rating all over the world with a most significant net worth of $230 million in whose largest component depending on his income through football leagues. And minor part originates from endorsements. Cristiano is not only the richest footballers on the earth but also among the world’s most well-known celebrities and with the particular Ballon D’or in his possession, there is no cause for complaint because of this exceptional athlete. Ronaldo’s Real Madrid agreement earns him more than €18 million each year.

The world’s hottest sports football is more serious than ever before. There are more than a 3.5 billion soccer fans worldwide. For most of them, football is not a game just; it is just like a religion. Best professional footballers are earning more than some other pro-athletes. The richest footballers are playing in Europe. Britain, Spain, Italy, France and Germany are ranked being the greatest league on the planet. All are competitive enough they capture the very best talent consistently. 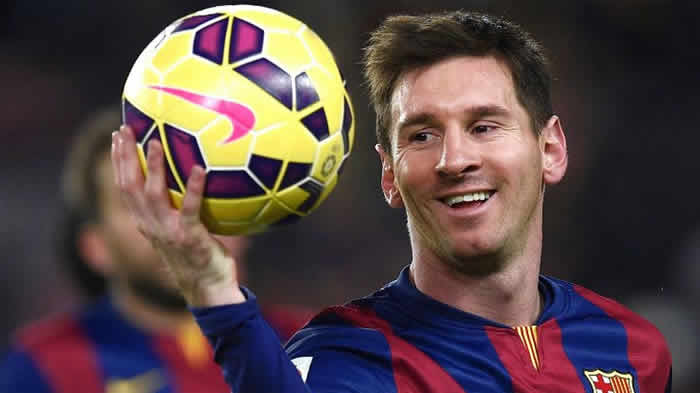 Argentine footballer Lionel Messi plays for Barcelona in the Spanish Liga BBVA. He is recognized today as the ‘Little Magician’ about his skill which he shows with the football on the pitch. With a net worth of $180 million; this player makes €20 million each year from the income for his sport as a striker. Lionel Messi furthermore earns through endorsement agreements that he offers with Adidas, EA Sports, Turkish Air Lines, and so forth. He owns vehicles like Audi R8, Ferrari F430 Index, 2009 Maserati, and so forth Total prosperity associated with Messi is approximate $218 million. The total wealth of Messi is about $218 million.

Messi is the most decorated footballer of the modern period. Messi, the Barcelona’s all-time leading goal-scorer is the brand ambassador of Adidas amongst an entire host associated with worldwide manufacturers. Lionel Messi is an exact soccer legend. His mercurial skill and impeccable regularity mean none can refuse he earns each penny he gets. 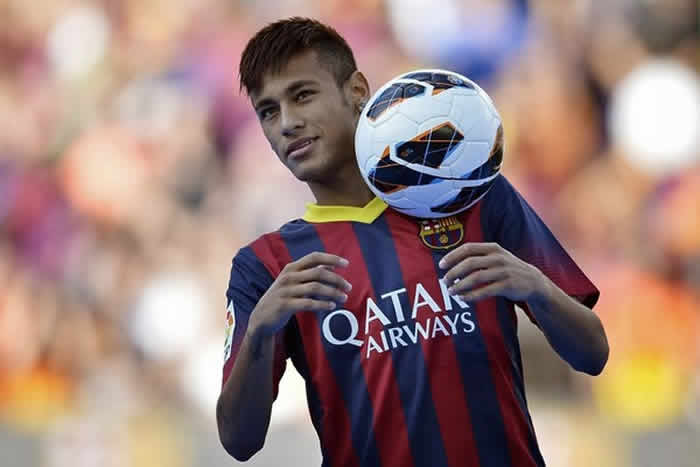 Brazilian footballer who plays for Barcelona, Neymar is known to be one of the greatest footballers and strikers nowadays. Probably the most profitable player in 2012 and 2013, Neymar’s income noticed him make $33.6 million in 2013 by Forbes. He earns more than $70 million in salary for his outstanding play until his agreement expires in 2019.

Neymar, the most talented footballer, has a huge net worth of $148 million that what produced his strong position in the wealthiest footballers internationally. Neymar is the encounter of Brazilian football and one of the primary cogs on an extremely talented FC Barcelona team. His abilities with the ball, plus a flair for superiority on the pitch, have made him probably the most popular footballer in the sport. 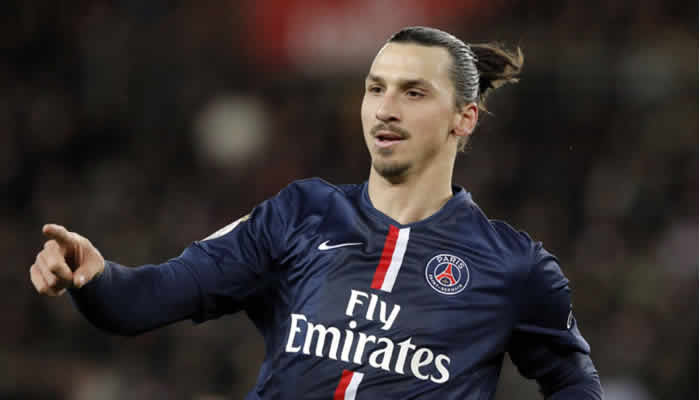 He has obtained an endorsement offer worth $4 million with Nike even though he furthermore helps make fortunes through others like Bonnier plus Volvo. Based on Goal, he has got a sponsorship deal with Xbox 360, Volvo, Nivea plus Dressman, plus his opportunities include owning a considerable level of the property. It would appear that Ibrahimovic is very much greater than a human emphasizes reel. 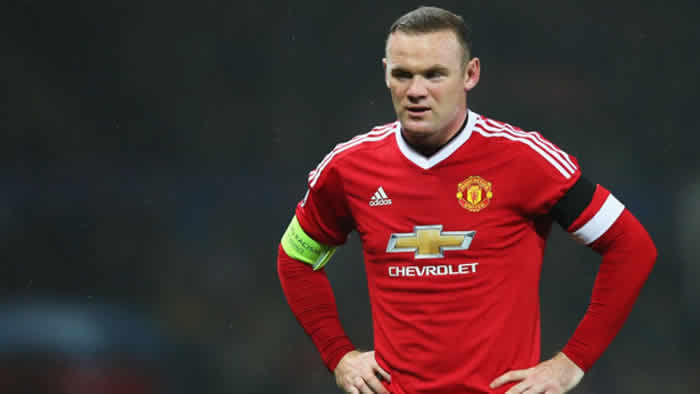 Wayne Rooney is a skilled, talented, richest and popular English professional footballer. He is the skipper of the English National Team as well as the Manchester United club. This English striker joined the Everton whilst he was just 18 and produced sensational headlines about highest paid footballer in the Premier League at an extremely early age.

With £300, 000 weekly payments the net worth of Wayne Rooney also comes through other endorsements deal with Samsung and Nike. He emerged most well-known soccer star worldwide hence having a huge net worth of $ 112 million that is the only real cause of his 5th rank in richest soccer players on the planet. He owns vehicles like Lamborghini, Ls, Ranger Rover, and so forth and owns luxurious properties in his hometown. 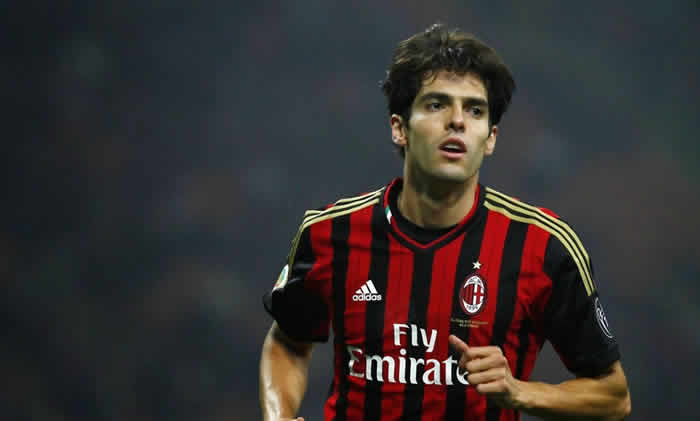 A passionate Brazilian professional football star Kaka currently plays in the MLS League in the USA. As a Real Madrid star back in his prime, Kaka has been regarded as among the best midfielders nowadays. He is furthermore the highest-paid player in the MLS League generating $7.2 million each year along with his Orlando City Club. His endorsement deals worth $5.5 million each year is what furthermore places him within the set of the richest football player on the planet. The Total wealth of Kaka is $105 million at the moment.

However, he furthermore earned huge cash while playing for Real Madrid even has shown him mainly as attacking midfielder for Brazil National Team as well as Orlando City SC in Major League Football. Ricardo Kaka furthermore knows how exactly to play tennis, although most youthful ambassador of the UN World Food program is paying complete focus on his humanitarian actions because he feels to help poor people greatly.

Samuel Eto’o is the only African footballer who is among the world’s richest footballers together with his income of $95 million still on the top rank. He packed the FIFA World Player of the year award in 2005, though has the honor to mention two European continental trebles. He has treated as the pride of his country winning numerous titles such as all-time leading scorer, third most capped footballer and obtained 56 goals from 118 caps. He furthermore remained highest-paid player in the globe even carried out more than 100 goals in 5 seasons with Barcelona.

The particular richest Cameroonian striker Samuel Eto’o has been the best-paid footballer on the planet while actively playing for Anzhi Makhachkala getting a contract of $25 million each year. He furthermore signed a deal for Chelsea plus Everton to play in the famous English Premier League, and it has endorsement comes with PUMA worth $7 million each year. He owns Maybach Xenatec, Bugatti Veyron, etc. and is considered as the most decorated African football player regarding money. 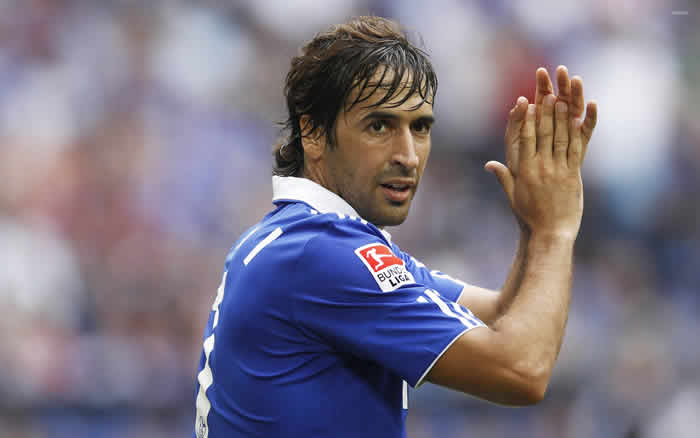 One of the most skilled and talented Spanish professional soccer players Raul is taking part as a striker for New York Cosmos Club and also on the list of top 10 richest footballers worldwide. In spite of his retirement, still he has the enthusiasm to entertain the audiences with his extra- ordinary kicks in the stadium. This football star has a net worth of $93 million while has been playing as a striker with real Madrid for 16 years.

Hailed as the utmost effective footballer in the Spanish language history, he keeps numerous records in soccer, having scored 323 goals during his career, really a club record. He has got numerous titles as three UEFA Champions League titles, four Supercopa de España titles, and one UEFA Super Cup plus two Intercontinental Cups. 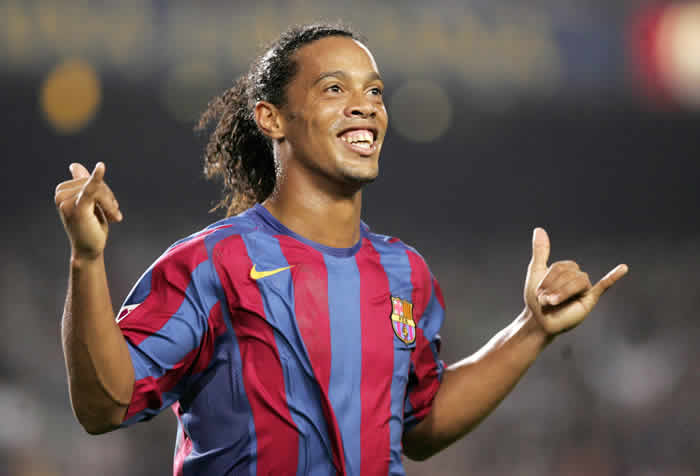 Ronaldinho Gaúcho better recognized as Ronaldinho is a Brazilian legend football champion who has been recently obtained 33 goals as far as nicely played 97 matches. He is performing as an attacking midfielder or even forward for Mexican club Queretaro while is on the 9th place with earnings digits of $90.5 million. He was considered as the FIFA World Footballer of the year in 2004 and 2006 plus the Ballon d’Or (2005).

Probably the most respected footballers on the planet, Ronaldinho is known as to as the finest player on the soccer pitch. As a Brazilian footballer, Ronaldinho was able to show his outstanding performance in the football ground. He furthermore secures his top position in world’s top richest footballers so far. 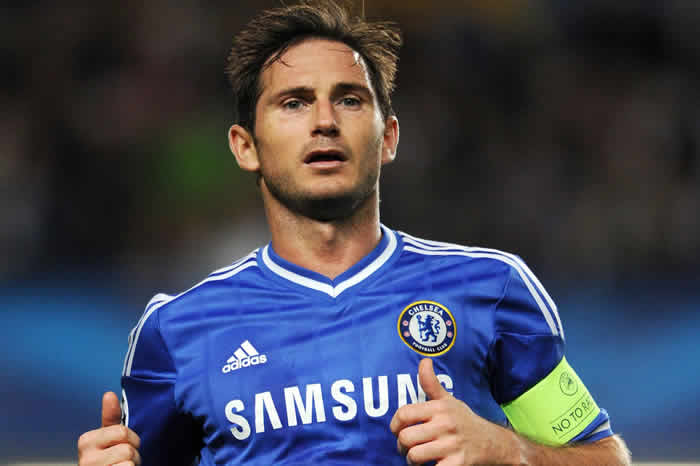 English footballer plus Chelsea legend Frank Lampard tends to be the most flourishing midfielder in the English Premier League. Getting performed for Chelsea for thirteen years, as a midfielder, he is also the best goal scorer and keeps several records to his name. Considered to enjoy much achievement during his profession with domestic cup plus European Cup, Lampard is the second richest British footballer after Rooney with the net worth of $87 million.

Hottest media and football specialists always praised a lot his extraordinary abilities even Lampard stays in their conversation concerning soccer at all times. Lampard’s captaincy of Chelsea performed a crucial role in winning of UEFA Champions League in 2012 and then next year first UEFA Europa League.