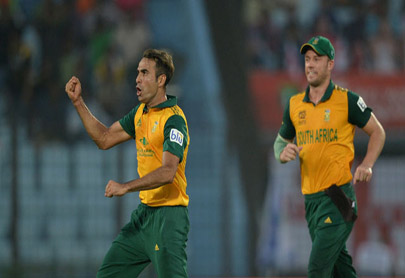 So South Africa survived a scare at Chittagong today as they were staring at defeat against The Netherlands at one point of time in the match. Proteas skipper Faf du Plessis said that it was a great fightback from the bowlers but hoped that his team will perform better in future matches. Netherlands skipper Peter Borren said that it was a shame that they had lost after being in a winning position.

Imran Tahir (4/21) was deservedly the Man of the Match for doing the job for South Africa in pressure situations. South Africa survive Dutch scare to win by 6 runs at World T20 match again netherland. -Timesofpakistan.pk