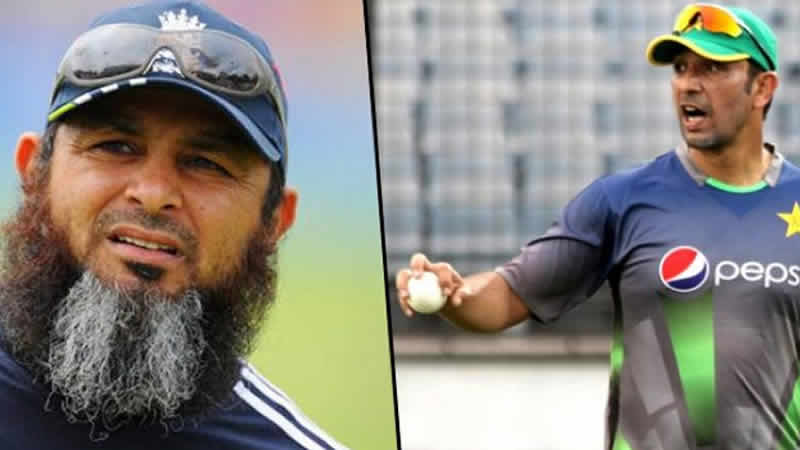 Pakistan Cricket Board (PCB) has announced to appoint Mushtaq Ahmed for Test series and Azhar Mehmood for One Day International and T20 matches as bowling coaches for England tour, Media News reported.

These appointments have been made on demand of Head Coach Mickey Arthur. Mushtaq Ahmed will perform responsibility of bowling coach for four Test matches, while, Azhar Mehmood would perform the duty of interim bowling coach for T20 and ODI series, sources said. On the other hand, PCB appointed former New Zealand coach Steve Rixon as fielding coach.

PCB would very soon make formal announcement in this regard. The national team would leave for England tour on June 18. Earlier, Mickey Arthur has promised to do everything in his power to help paceman Mohammad Amir realise his full potential after the bowler was granted a visa for the team’s upcoming tour of England.

Amir will return to England six years after a spot-fixing scandal in a Lord’s test resulted in bans and jail sentences for the then teenage bowler and his former team mates Salman Butt and Mohammad Asif. “He served his time, he’s done it,” Arthur, who coached Amir at Karachi Kings in Pakistan Super League (PSL), said in his first news conference since succeeding Waqar Younis in the post.