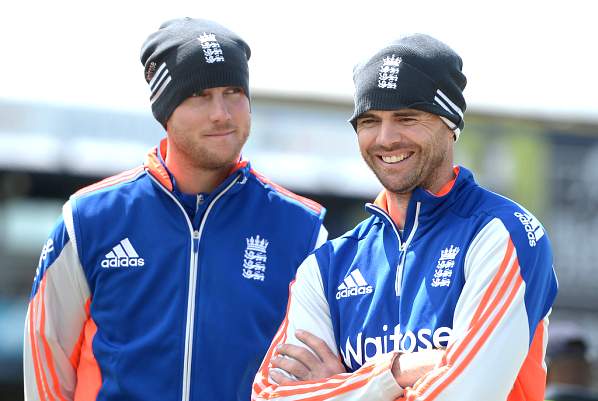 It was no great surprise Anderson and Broad were left out of a one-day squad announced shortly after they both featured in a 199-run second Test defeat by New Zealand at Headingley on Tuesday. Also omitted were top-order batsmen Bell and Gary Ballance, as well as off-spinning all-rounder Moeen Ali, who all featured in the second Test as well. However, national selector James Whitaker insisted none of the players left out had retired from one-day internationals as England looked to revive their fortunes in white-ball cricket following an embarrassing first-round exit at this year’s World Cup where they failed to beat a single Test nation. “A number of players involved in the recent World Cup including James Anderson, Gary Ballance, Ian Bell and Stuart Broad have been left of the squad for this series,” said Whitaker.

“It is important to point out that none of these players have been ruled out of playing a role for England in limited overs formats in the future.” The 14-man squad, again led by Eoin Morgan — England’s captain at the World Cup — contained one uncapped player in Kent batsman Sam Billings. “This series presents an excellent opportunity to look at players we believe can play a key role for England over the next four years as we build towards the next ICC Cricket World Cup,” said Whitaker. “We have opted to rest Moeen Ali from this series and he will play cricket for Worcestershire in preparation for the Ashes next month,” the former England batsman added. The five-match one-day series starts at Edgbaston on June 9. – AFP