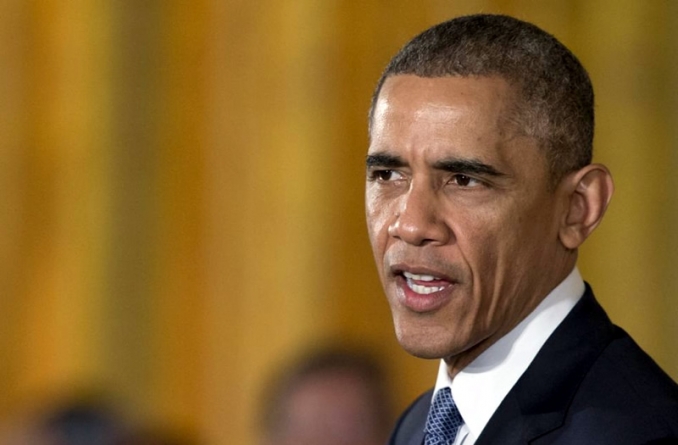 US President Barack Obama said in an interview broadcast Tuesday that Israel risks losing “credibility” over Prime Minister Benjamin Netanyahu’s stance on the creation of a Palestinian state.

Obama made the comments to an Israeli television station in response to a question about Netanyahu’s comments regarding the establishment of a Palestinian state before and after March elections. Netanyahu sparked international concern when he ruled out the establishment of a Palestinian state while campaigning for the March 17 general election but later backtracked on the comments.

The danger here is that Israel as a whole loses credibility,” Obama said in the interview with Israel’s channel 2. “Already, the international community does not believe that Israel is serious about a two-state solution.” On Sunday, Netanyahu said he was committed to the establishment of a Palestinian state, calling on the Palestinian leadership to return to negotiations unconditionally. Obama however said Netanyahu’s statements on the subject after the election have had “so many caveats, so many conditions, that it is not realistic to think that those conditions would be met any time in the near future.” “And I think that it is difficult to simply accept at face value the statement made after an election that would appear to look as if this is simply an effort to return to the previous status quo in which we talk about peace in the abstract, but it’s always tomorrow, it’s always later,” Obama said.

Asked about a continued US veto at the United Nations on resolutions condemning Israel, Obama said that a lack of progress in peace efforts would make such a policy more “difficult.” “Up until this point, we have pushed away against European efforts, for example, or other efforts because we’ve said, the only way this gets resolved is if the two parties work together,” said Obama. “…If, in fact, there’s no prospect of an actual peace process, if nobody believes there’s a peace process, then it becomes more difficult to argue with those who are concerned about settlement construction, those who are concerned about the current situation…” Prospects for a renewal of peace talks, which fell apart in April 2014, look bleak with the lack of trust between the sides exacerbated by the formation of Netanyahu’s new hardline coalition after the recent elections. –AFP