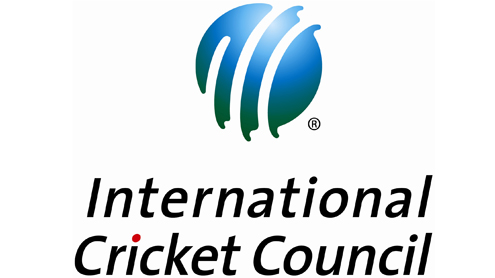 South Africa has become the first major cricket nation to call on the International Cricket Council (ICC) to withdraw a draft plan that would give greater control of the world game to England, Australia and India.

A ‘position paper’ outlining the proposed changes is due to be discussed by the ICC’s executive board next week. But, ahead of that meeting, Cricket South Africa (CSA) president Chris Nenzani published an open letter to ICC president Alan Isaac on Monday urging the ‘fundamentally flawed’ plan be taken off the table.

One key proposal is for a four-man executive committee where the England and Wales Cricket Board (ECB), Cricket Australia (CA) and the Board of Control for Cricket in India (BCCI), the three countries that bring most revenue into cricket, would all be guaranteed a place, with the other position selected by the trio annually.

On the field, there is also a suggestion of the creation of two divisions for Test cricket but with England, Australia and India all guaranteed to avoid relegation from the top tier because of their commercial importance. The proposals need seven votes from the ICC’s 10 leading nations to pass.

According to some forecasts South Africa, currently the world’s top-ranked Test side could see their share of future revenue fall below that of Pakistan if the new set-up, labelled ‘unconstitutional’ by Nenzani, is adopted. “These proposals should first be referred to the relevant ICC committees or sub-committees for proper consideration and to make recommendations to the ICC Board,” Nenzani’s letter to Isaac said.

It added: “The proposal self-evidently is inextricably tied up with a fundamental restructuring of the ICC, which has far-reaching constitutional implications. “The draft proposal is, therefore, fundamentally flawed as regards the process and, therefore, in breach of the ICC constitution.

“In the circumstances we propose that the draft proposal be withdrawn immediately given that the proper procedures have not been followed. “In our respectful opinion, a more considered, inclusive/consultative, and properly constitutionally-ordained approach is required.”

But not all boards from amongst ‘the seven’ were as scathing, with New Zealand Cricket director Martin Snedden, a compatriot of Isaac, saying of the BCCI-CA-ECB plan: “Don’t jump to the conclusion what they’re doing is not good for world cricket.”

The once close relationship between CSA and the BCCI appears to have declined markedly since former ICC chief executive Haroon Lorgat took up a similar position with his home board in South Africa. While at the ICC, Lorgat promoted a report by Lord Harry Woolf, a senior English judge, which advocated putting the ICC under the control of independent directors.

However, the report was shelved and Lorgat effectively forced out of the ICC, with the BCCI refusing to talk to him when India, in a late change of plan, announced a greatly reduced tour of South Africa last year. Another item set to be discussed by the ICC next week is the relocation of its existing headquarters in Dubai.

Earlier on Monday, Welsh outfit Glamorgan confirmed their interest in being the ICC’s new home from 2015, amid reports of competition from Colombo and Singapore. “Discussions are at a very early stage and ongoing, with Cardiff being only one of a number of possibilities being considered,” a statement issued by Glamorgan, who play in England’s County Championship, said.

Glamorgan’s Sophia Gardens home in Cardiff staged the opening Test of the 2009 Ashes and was one of three venues for last year’s ICC Champions Trophy. The ICC was based at London’s Lord’s ground for 96 years before leaving for Dubai, mainly for tax reasons, in 2005.