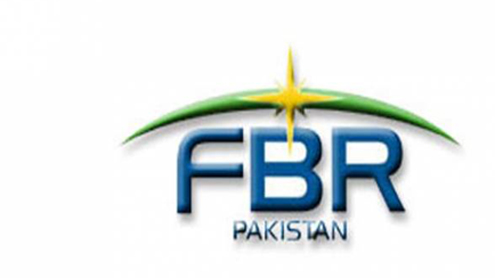 A performance review meeting at Federal Board of Revenue (FBR) was informed on Tuesday that tax revenue of Rs 1,031 billion was collected till December 31, 2013.

Besides it has refunded Rs 56 billion against sales tax as compared to Rs 44 billion in the corresponding period of last fiscal. Federal Minister for Finance Ishaq Dar reviewed the performance of FBR for the period July-December 2013 at the FBR House.  The finance minister also reviewed the progress made by FBR in the compilation of tax directory for parliamentarians and its publication by February 15.

The finance minister said that though an ambitious revenue target of Rs 2,475 billion was set by the government, it is satisfying to learn that FBR has achieved a growth of 16 percent in its revenues. This he said was made possible because of pro-business policies of the government, improved financial discipline, and clearing of circular debt leading to increase economic activity in the country.

The finance minister said that use of information technology for data collection is the way forward to increase revenues and widen tax base in the country. In this connection FBR officials should coordinate with organisations within the country as well as interact with His Majesty Royal Revenue Service United Kingdom and Turkey, which are success stories in increasing and collection of taxes.

The finance minister said that while the increase in revenue collection is appreciable. FBR officials will have to redouble their efforts to meet the target as it is critical for the economy of the country.

The finance minister who also chairs a high-powered committee to streamline and rationalise Statutory Regulatory Orders (SROs) directed FBR to hold its meeting more frequently so that an expeditious decision about SROs can be made at the earliest. The meeting was attended by senior officials of FBR and Finance Ministry. dailytimes