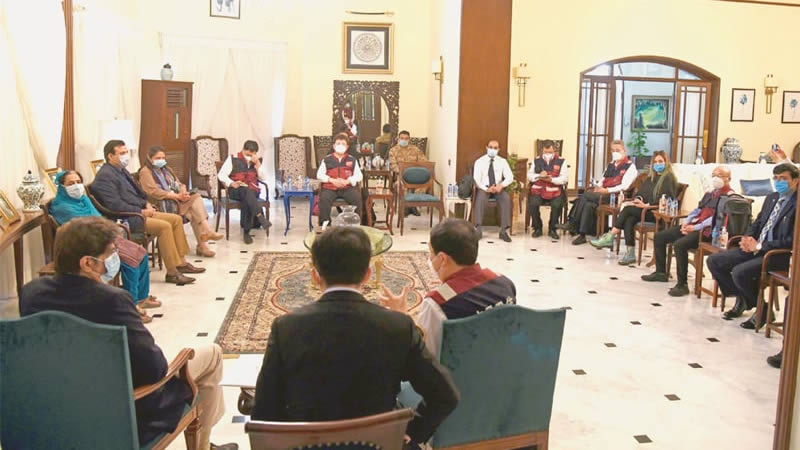 Detection of novel coronavirus cases in Pakistan appears to be 10 times higher than in China’s Xinjiang region, the head of the Chinese medical team visiting the country warned as she urged authorities to ramp up testing.

“In Pakistan, one out of every 10 people tested for COVID-19 up till now has returned a positive report,” revealed Dr Ma Minghui. “This is much higher than Xinjiang, where only one in 100 people tested for the virus reported positive,” she told The Express Tribune.

According to Dr Ma, who is also the deputy director general of the Xinjiang Uygur Autonomous Region Medical Products Administration, the team of Chinese doctors she is leading started by analysing two groups of Pakistanis first. “We looked at Pakistanis who had returned from Iran and those who attended a religious gathering in Punjab. As many as 50 per cent of the former and 15 per cent of the latter tested positive for COVID-19,” she said.

But more alarming, according to her, was the possibility that the outbreak in Pakistan could be far bigger than the confirmed numbers show. “Unfortunately, Pakistani authorities are fighting this virus in the dark right now,” she said. “Although they have taken positive steps by imposing restrictions on movement and business activities, the shortage of testing kits and reluctance of citizens to come forward for testing may be masking true numbers.”

“And you cannot contain COVID-19 until you have a clear picture,” she added while urging the Pakistan government to urgently increase its testing capacity while raising awareness so that more and more citizens come forward for testing.

“The Pakistan government must immediately constitute a team comprising radiologists, microbiologists, nurses, respiratory specialists and critical care experts to deal with this potentially deadly virus. This team must keep up to date with new findings as and when they are released as what we know about the virus is changing by the hour,” Dr Ma said. “At the same time, the government can start converting basic health centres into testing facilities.”

On the topic of standard operating procedures being introduced by the provinces, Dr Ma said it would only be beneficial if everyone followed them. For instance, she pointed out that while many Pakistanis were increasingly using hand sanitisers, most were still out and about without masks. “Masks are more important as they not only protect those who wear them but others as well,” she said.

The visiting doctor also acknowledged that Pakistan had a vastly different sociocultural environment than China and advised Pakistani leaders to be mindful of that while evaluating what measures to take.

“I believe the people of Pakistan will defeat COVID-19,” she said. “We need to be united against this disease and collaborate with each other intensively.”