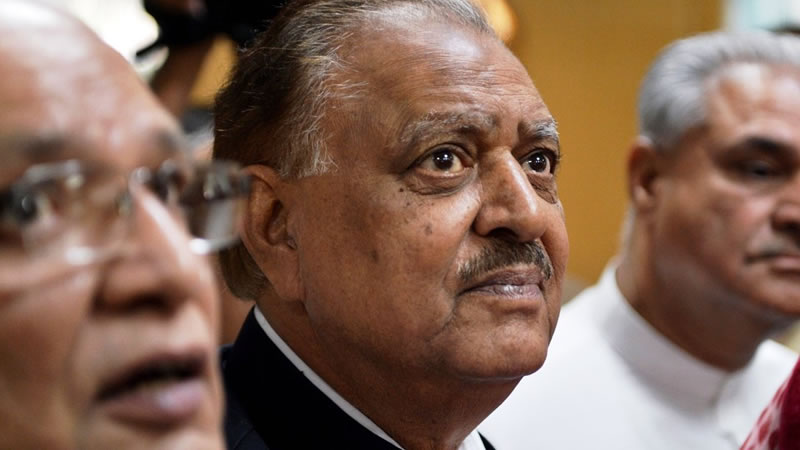 Former president of Pakistan Mamnoon Hussain has passed away at a private hospital in Karachi, his family confirmed on Tuesday night. He was 80 years old.

Arsalan Mamnoon, his son, told the media that his father had been hospitalised for the last two weeks to receive medical treatment for cancer.

Funeral prayer of the former president will be offered at Sultan Masjid in Karachi’s DHA Phase-V on Thursday (today) after Asr prayer, according to PML-N Sindh information secretary Khawaja Tariq Nazir.

Subsequently, the burial will be held at DHA Phase-VIII graveyard.

As a president of the country, he maintained a low-key profile and his role was rarely seen in the nation’s politics.

Condolences poured in soon after the news broke out on social media.

While offering heartfelt condolences on the sad demise, army chief General Qamar Javed Bajwa said, “May Allah bless his soul & give strength to the bereaved family to bear this irreparable loss, Ameen.”

Expressing his deep shock and grief, PML-N President Shehbaz Sharif called the former president an epitome of grace, humility and nobility. “Pakistan has lost a great public servant and PML-N an elderly statesman. My heartfelt condolences go to his family,” he wrote on his official handle.

PML-N Vice-President Maryam Nawaz, while offering condolences to Hussain’s family, said he was a sincere man who served Pakistan with utmost sincerity.

PML-N leader Ahsan Iqbal said the deceased was a very elegant man whose affiliation with Pakistan and the party was unshakable.