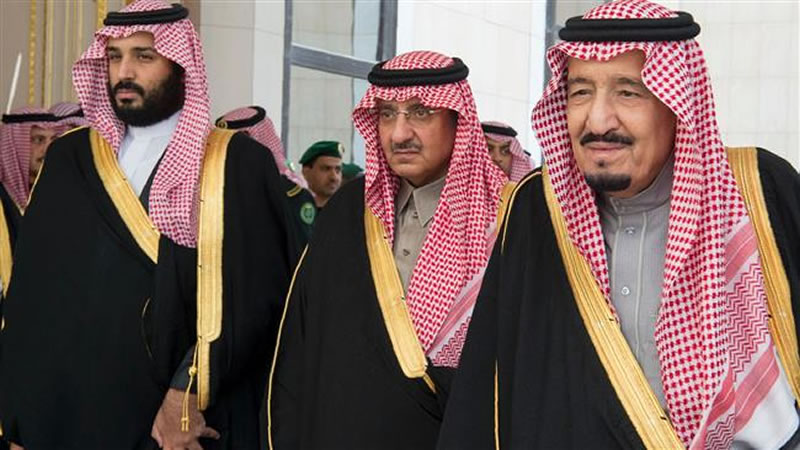 Several members of Saudi Arabia’s royal family have contracted the novel coronavirus more than six weeks after the country reported its first case, according to a New York Times report also carried by Iran’s Press TV.

Over 500 beds are being prepared at the elite hospital that treats Al Saud members, said the report published on Wednesday.

According to an internal “high alert” sent out by hospital officials, doctors are preparing the beds for an expected influx of other royals and those closest to them, says the Times report, claiming that it has a copy of the “high alert”.
“Directives are to be ready for VIPs from around the country,” the operators of the elite facility, the King Faisal Specialist Hospital, wrote in the alert, sent electronically Tuesday night to senior doctors.

The alert urged that all chronic patients must be moved out of the elite hospital as soon as possible, and all sick staff members be treated at a less elite hospital to “make room for the royals”, the Times reported.

It is believed that as many as 150 Saudi royals have contracted the novel coronavirus, including members of its lesser branches, according to a person close to the family.

The Riyadh governor, who is a senior prince, is among the royals infected by the virus, and has been put into intensive care.

Several dozen other members of the royal family have also been sickened by the virus.

King Salman, 84, has secluded himself for his safety in an island palace near the city of Jeddah on the Red Sea, while Crown Prince Mohammed bin Salman, the 34-year-old de facto ruler, has retreated with many of his ministers to the remote site on the same coast where he has promised to build the “Neom” city.

Saudi Arabia extended the duration of daily curfews Monday in four governorates and five cities, including the capital, to combat coronavirus. The kingdom imposed round-the-clock lockdowns on the cities of Riyadh, Tabuk, Dammam, Dhahran and Hofuf.

Saudi Arabia has so far reported 2,932 cases of confirmed infections and 41 deaths, according to the data collected by Johns Hopkins University.