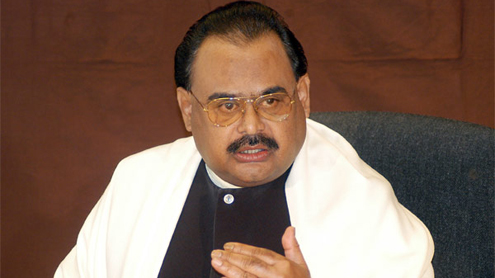 “Several active workers of JI and its student wing, Islami Jamiat Tulaba (IJT) have been killed in drone attacks in Waziristan,” said Hussain while speaking to the MQM’s general workers meeting over the telephone from London. Meanwhile, calling Hussain’s statements as unfounded and provocative, JI Secretary General Liaqat Baloch said the Jamaat was a peaceful religio-political party.

He accused MQM of being involved in targeted killings, extortion and urged Karachiites to dissociate themselves from the party and its chief. Altaf Hussain, in his fiery speech, also revealed that a large number of Taliban and al Qaeda operatives have relocated to upscale areas of Karachi. Cautioning the general masses of the ‘development’, he said his party, along with the armed forces, was ready to defend every corner of the country.

The MQM chief warned the concerned authorities that things will get out of hand if discrimination against Muhajirs continued, adding that even armed forces of the country would not be able to control the situation then. Alleging JI’s involvement, along with Taliban and al Qaeda, in killings of Pakistan’s military officials, Altaf Hussain demanded of the authorities to put an immediate ban on Jamaat and Jamiat.

Condemning Monday’s incident of Punjab University when JI activists resorted to violent protest following a face-off with the University administration, Hussain said weapons recovered from hostel students were being portrayed as “plastic toys.” Whereas, he added the MQM workers were being implicated in fake cases.