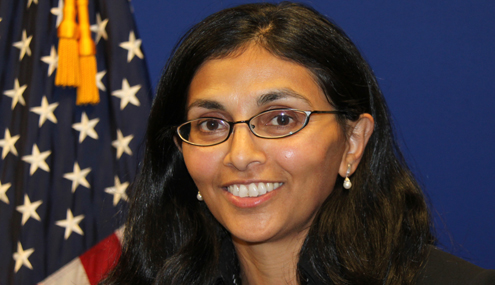 WASHINGTON, Dec 3: The United States will not go away from the Pak-Afghan region after 2014 when it plans to withdraw most of its combat troops from Afghanistan, a senior US official said on Tuesday.

Assistant Secretary of State for South and Central Asia Nisha Desai Biswal also stressed the need for improvement in Pakistan-India relations, which she said would not only bring stability to Afghanistan but would also help the entire region.

“Our engagement with the Pak-Afghan region is an enduring one. We are not going away. We are not going anywhere,” she said. At her first interaction with the South Asian media after taking charge of her office, Mrs Biswal covered a wide-range of issues, from elections in Bangladesh and India to the US withdrawal from Afghanistan.

“The United States supports any improvements in the (Pakistani-Indian) overall relationship, and we have seen important overtures by both countries towards dialogue,” she said.

But Mrs Biswal also made it clear that the United States would only play a supportive role in encouraging India and Pakistan to resolve their disputes and would avoid a direct involvement. “No change in the long-held US policy that Kashmir and other issues need to be resolved in bilateral talks between India and Pakistan. It is for India and Pakistan to set the pace, scope and the nature of this process.”

Mrs Biswal, who is of Indian descent, said the US welcomed all interactions between India and Pakistan, including a meeting between their prime ministers in New York earlier this year. She urged the two South Asian neighbours to focus on increasing bilateral trade, which could be increased from the current $2 billion a year to $10 billion.

“As a child who grew up in a small Indian town, I still remember my grandfather talking about Kabuli anaar and Chaman kay angoor,” she said. Responding to a question, Mrs Biswal said there had been no change in the US visa policy for Gujarat Chief Minister Narenda Modi. “An applicant has to apply for a visa and then we decide whether to give that visa or not,” she said.

The US is refusing to issue a visa to Mr Modi for his alleged involvement in the 2002 violence against the Muslims in Gujarat in which some 2,000 Muslims were killed. Asked if the US would continue to deny a visa to Mr Modi if he was elected India’s prime minister, Ms Biswal said the policy for government officials were different than those for ordinary citizens as officials were issued diplomatic visa.

Ms Biswal, however, stressed the US-India relations were so “deep and wide-ranging” that they were not linked to any particular issue. “It is a global relationship,” she added. Ms Biswal said that US-India nuclear deal was not in a limbo and both sides were taking small but important steps to enhance this relationship.

She also said that India had and would continue to play a role in Afghanistan and rejected the suggestion that Pakistan and India needed to compete with each other for influence in Afghanistan. She urged Bangladesh’s two major political parties to work together to contain political violence in their country and to ensure that the next elections were “free, fair and violence-free”.- Dawn