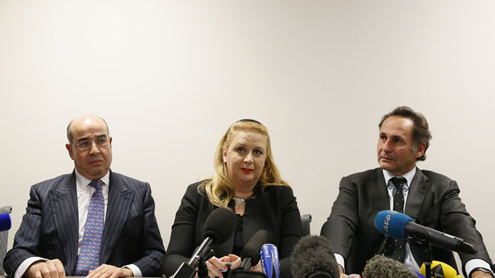 PARIS: French experts have ruled out a theory that Yasser Arafat was killed by poisoning, a source close to the investigation into the Palestinian leader’s 2004 death said.

“The report rules out the poisoning theory and goes in the sense of a natural death,” the source said. The French experts’ findings differ significantly from those of Swiss scientists, who said last month that their research offered some support for the suggestion Arafat was killed by polonium poisoning.

Rumours and speculation have surrounded Arafat’s death since a quick deterioration of his health saw his passing at a military hospital near Paris in November 2004 at the age of 75. French doctors were unable to say what killed him and an autopsy was never performed, at the request of his widow.

Many Palestinians believed he was poisoned by Israel — a claim repeatedly denied by the Jewish state.Israeli foreign ministry spokesman Yigal Palmor said the results of the French probe were “no surprise”. France opened a formal murder inquiry into his death in August 2012, a month after an Al-Jazeera documentary linked his death to polonium poisoning.

Some 60 samples were taken from Arafat’s remains in November 2012 and divided between Swiss and Russian investigators and a French team carrying out a probe at his widow’s request. Both the prosecutors’ office in the Paris suburb of Nanterre, which is conducting the French probe, and a lawyer for Arafat’s widow Suha refused to comment on the investigation’s findings Tuesday.

The Swiss team said the test results neither confirmed nor denied polonium was the actual source of his death, although they provided “moderate” backing for the idea he was poisoned by the rare and highly radioactive element.

They said the quantity of the deadly substance found on his remains pointed to the involvement of a third party.Russia’s Federal Medical-Biological Agency (FMBA) has yet to release its findings.  A report by news agency Interfax in October quoted its chief Vladimir Uiba as saying Arafat “could not have been poisoned by polonium” but the medical agency later denied he had made any statement.—AFP