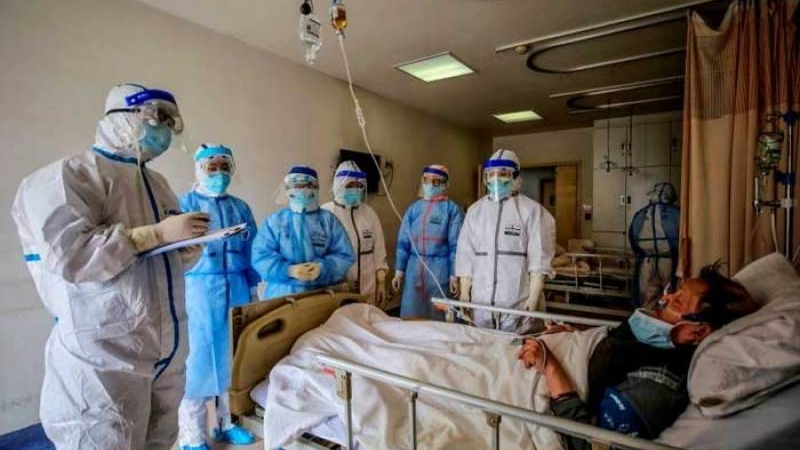 Punjab has reported 172 new cases of novel coronavirus in the past 24 hours, the government’s Covid-19 portal said, however, no death was reported in the province for the first time since May 26. The total number of confirmed cases in Punjab is now 92,073.

Pakistan has recorded 3,592 recoveries in the past 24 hours, the government Covid-19 portal said. The total number of recoveries nationwide is now 241,026 while 1,229 patients are in a critical state. So far the country has recorded 5,853 Covid-19 deaths.

On the international front, the World Health Organisation Monday said that bans on international travel cannot stay in place indefinitely, and countries are going to have to do more to reduce the spread of the novel coronavirus within their borders.

Only with strict adherence to health measures, from wearing masks to avoiding crowds, would the world manage to beat the Covid-19 pandemic, WHO Director General, Tedros Adhanom Ghebreyesus, said at a virtual news briefing. “Where these measures are followed, cases go down. Where they are not, cases go up,” he said, praising Canada, China, Germany and South Korea for controlling outbreaks.

US President Donald Trump’s national security adviser Robert O’Brien has tested positive for the novel coronavirus, but there is no risk of exposure to Trump or Vice President Mike Pence, the White House said in a statement. “He has mild symptoms and has been self-isolating and working from a secure location off site. There is no risk of exposure to the President or the Vice President. The work of the National Security Council continues uninterrupted,” according to the statement.

Iranian government spokesman Ali Rabiei has been hospitalized with Covid-19, the Mehr news agency reported on Monday, the latest among several officials to have been infected with the new coronavirus. Iran has the Middle East’s highest number of recorded Covid-19 cases and infections and deaths have risen sharply since restrictions on movement began to be eased in mid-April. There have been a total of 293,606 cases and 255,144 recoveries in the Islamic Republic, Health Ministry spokeswoman Sima Sadat Lari announced on state TV on Monday. The latest daily death toll of 212 brings the total numbe of deaths to 15,912.

Moderna Monday said it has started a US government-backed late-stage trial to assess its Covid-19 vaccine candidate in about 30,000 adults who do not have the respiratory illness caused by the new coronavirus. The trial, named COVE, is the first to be implemented under the US government’s Operation Warp Speed that aims to accelerate the development, manufacturing and distribution of therapeutics and vaccines for Covid-19.

The government is supporting Moderna’s vaccine project with nearly a billion dollars and has chosen it as one of the first to enter large-scale human trials. The main goal of the study will be prevention of the symptomatic Covid-19 disease, the company said.

Pakistan’s Economy May Return to Positive Trajectory this Month

Pakistan's Economy May Return to Positive Trajectory this Month