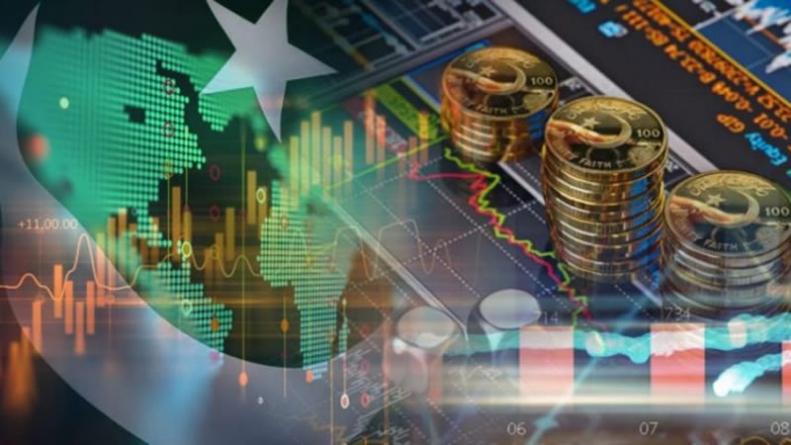 The six-month-long cycle of economic contraction may end soon, as the Ministry of Finance has predicted positive economic growth in July and also sees an uptick in inflation due to the hike in petroleum product prices.

In its two separate monthly publications, the Economic Update and Economic Outlook July, the Q Block on Monday gave a round-up of the last fiscal year and also made a forecast of the new 2020-21 fiscal year, which began this month.

Based on the Monthly Economic Indicator (MEI), “We expect positive growth in July 2020, indicating a restart of economic activities”, according to the Finance Ministry.

If the prevalence of Covid-19 cases slows down further, economic activities will come to a normal level, stated the Finance Ministry. However, risk is associated with the level of public conformity with Standard Operating Procedures (SOPs) that are intended to prevent the pandemic’s spread, it added.

The MEI is based on a combination of the monthly data of three variables (large scale manufacturing (LSM) year -on- year growth, money supply (M2) growth adjusted for inflation, and the weighted average Composite Leading Indicator (CLI) in the main trading areas.

Pakistan does not report economic growth figures on a quarterly basis, unlike other countries. Its assessment of a positive growth rate is based on the three monthly indicators.

A new Ipsos survey for the month of June showed that unemployment remained the most worrisome issue for 86% of the respondents and only 3% of them saw the economy heading in the right direction.

The Finance Ministry said that, in the previous fiscal year, there was small but positive growth of about 1% in the first quarter. The economic growth accelerated in the second quarter to 2.58%. But it turned negative in the third quarter of the last fiscal year by 0.19% following the COVID-19 pandemic. In the fourth quarter, the economy contracted 4.9%.

Over the complete FY 2019-20, the MEI showed average growth of a negative 0.4%, which coincides with the provisional Gross Domestic Product (GDP) growth published by PBS, it added.

For July 2020, due to Eid and revival of economic activities, it is expected that workers’ remittances may remain within the range of $1.8 to $2 billion.

The ministry said that domestic economic activities had also accelerated with many businesses beginning operations in accordance with the SOPs issued by the government, and that restaurants and educational institutions were expected to soon follow suit.

The ministry has also highlighted the impact of locust attacks on crops, saying the peak period of the attacks was not yet behind us.

According to the Q Block, in addition to COVID-19, the desert locust situation has worsened and is likely to be at its peak between July 15 and September 15, which will cause crops to suffer.

For this fiscal year, the agriculture sector’s growth is targeted at 2.8% on the basis of better growth in crops, livestock, fisheries and forestry. A meeting of the Federal Committee on Agriculture (FCA), held on July 8, 2020, reviewed inputs’ availability for the 2020 Kharif Crop. It was informed that weather patterns and the availability of water, seed, fertilizers and machinery would be better as compared to last year.

The Consumer Price Index (CPI) inflation rate was recorded at 8.6 year-on-year in June, 2020. Petroleum prices, which had fallen sharply during the last couple of months, again increased during the last week of June, which will have an impact on next month’s CPI, said the Finance Ministry.

The deflationary effect of the decline in oil prices was compensated by a depreciation of the USD/PKR exchange rate. Historically, a combined increase of commodity prices and exchange rate depreciation of 1% increases the CPI level by around 0.9% in the long run, said the Finance Ministry.

The Finance Ministry said that the growth rate of M2 was still above pre-corona levels. This is mainly due to increased pace of government borrowing for budget support, as the government was supporting economic activity to curb deflation due to COVID-19. Also, in June, the growth rate of government borrowing remained above pre-crises levels. Historically, an increase of M2 by 1% tends to increase the CPI level by around 0.35% in the long run.