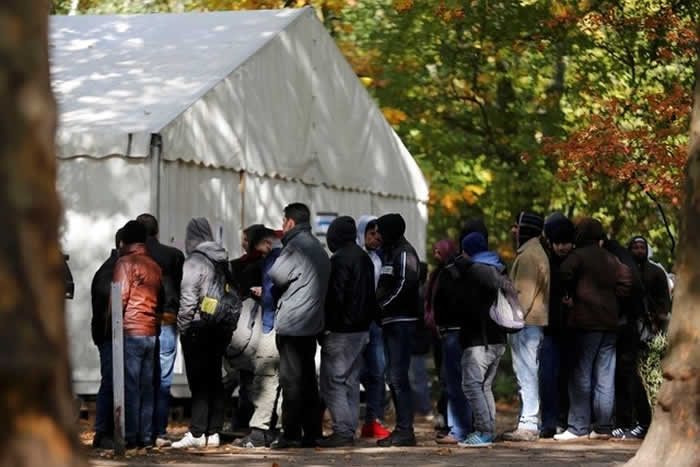 Around 50 Pakistani asylum seekers have been deported from Norway. Many more will soon be sent back to their home country or to Russia, as the Norwegian government has now introduced stricter rules for asylum seekers, Norwegian Ambassador Tore Nedrebø said in a statement here on Thursday.

More than 400 Pakistani citizens have applied for asylum in Norway during the current year. Most of them have crossed the Norwegian-Russian border in the High North during the last month. Like in other European countries, the number of asylum seekers arriving in Norway has recently increased sharply. It is estimated that between 30,000 and 40,000 asylum seekers will come to Norway in 2015.

The new rush is particularly challenging at the Norwegian-Russian border crossing station at Storskog, where winter has now set in. Norwegian authorities consider that most of those currently crossing the border are not fleeing from civil war or persecution. Earlier this autumn, the majority was from Syria. Now well over half are from other countries, such as Afghanistan and Pakistan. A large proportion of them are single young men. “Few are entitled to protection and they are putting an unnecessary burden on the Norwegian system,” the ambassador said.

Legislative amendments adopted by Oslo last week enable a speedy return of asylum seekers without real need of protection to their home country, or to their country of habitual residence, which may be Russia. The new legislation also contains provisions making it possible to arrest and remand in custody foreign nationals whose asylum applications will most likely not be processed, or to impose on them a duty to report to the authorities and to stay in a specific place. Benefits for asylum seekers have been reduced and rules for family immigration are tightened.

The new rules also increase the discretion of Norwegian immigration authorities not to process an asylum request if the applicant has already resided in a safe third country. “Norway considers Russia to be a safe country,” Mr Nedrebø said.