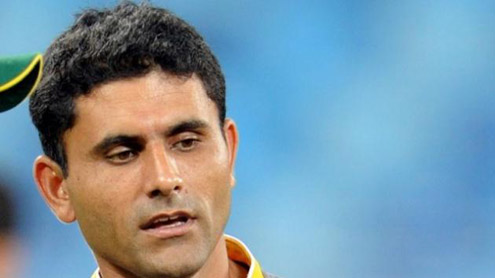 All-rounder Abdul Razzaq lost his passport, gold and cash when burglars broke into his house in the city early on Tuesday, the cricketer said.

The incident is the latest piece of bad luck for the 33-year-old, who was sent home from Pakistan’s ongoing tour of South Africa after he injured his hamstring just two days before the first Twenty20 last week.

“Robbers broke into my house at around 5:30am through the washroom window and took away the locker from the room, which had my passport, around 38 ounces of gold and 8,000 dollars and 2,500 pounds,” Razzaq told reporters. Lahore police said they suspected the thieves had prior information.

Earlier this month, Razzaq staged a comeback in Pakistan’s Twenty20 team after a gap of one year, but he failed in both T20 matches against South Africa in Dubai. -Dailytimes