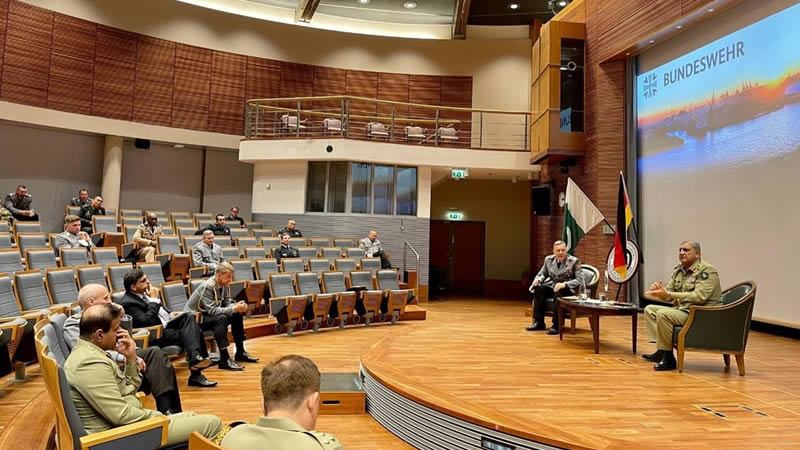 Chief of Army Staff (COAS) General Qamar Javed Bajwa has said that Pakistan attaches great importance to its relations with Germany and expressed a desire for enhanced mutually beneficial bilateral relations, a statement issued by the Inter-Services Public Relations (ISPR) said on Thursday.

General Qamar, who is on an official visit to Germany, called on Federal Minister for Foreign Affairs Heiko Maas. Special Representative for the Federal Government for Afghanistan and Pakistan Markus Potzel was also present during the meeting.

During the huddle, the military’s media wing said, matters of mutual interest, overall regional security situation including latest developments in the Afghan peace process and bilateral cooperation in various fields were discussed.

“Pakistan attaches great importance to its relations with Germany and expressed a desire for enhanced mutually beneficial bilateral relations,” the ISPR quoted the COAS as saying.

According to the statement, the German dignitaries also acknowledged Pakistan’s continuous efforts for peace and stability in the region and pledged to further enhance bilateral relations between both countries.

Later on, Gen Qamar also visited Command & Staff College of Germany, where he addressed students and faculty members and shared his views on “Pakistan’s Regional and Internal Security Perspective”.

During the address, the COAS apprised the audience of external and internal security challenges faced by Pakistan and measures taken in this regard to mitigate the threats.

The COAS said that the future of enduring peace and stability in the world hinges on the ability to resolve long pending issues within the region. “This can only be complemented through meaningful international support to take on challenging regional issues,” he added.

Focusing on the Covid-19 pandemic, the army chief said that Pakistan’s government along with other state institutions is doing its best to counter the challenges faced by the country.