by Top
in Entertainment, India
0 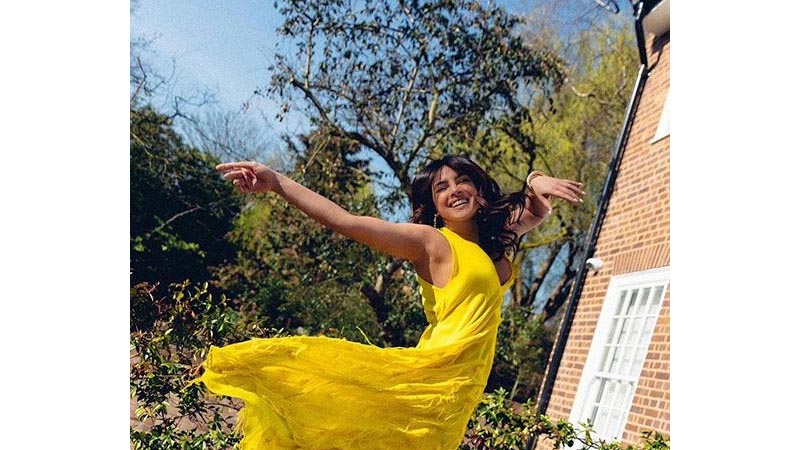 The famed and fabulous are realizing the power of social media now more than ever. Here’s a look at some, from Priyanka Chopra Jonas (pictured) to Deepika Padukone who are reaching out to fans through their Insta, YouTube and Twitter pages – and having some fun while doing it.

Madhuri Dixit may have taken a long hiatus from star-hood, but when she came back she did so with purpose. And then didn’t just stop at TV or the big screen. She’s a bona fide YouTuber with more than 800,000 subscribers. On this channel she offers up recipes and other tit-bits.

Alia Bhatt’s got a YouTube channel with 1.5 million subscribers, and she uses it to promote a healthy lifestyle; there are food and fitness videos alike.

When Deepika Padukone deleted all her old posts in the New Year fans were stumped. And upset. Fortunately, that conspicuous absence didn’t last long, the actor was back with a vengeance. Happy, empowering messages, memes and other fun stuff is filling up the reel.

Kartik Aaryan has not only played the role of interviewee many times but also interviewer – his YouTube channel’s series ‘Koki poochega’ sees him asking questions of A-listers including Barkha Dutt, Anupama Chopra and Farah Khan.

Beauty queen-turned-actor Priyanka Chopra is no novice at reinvention, and her social media profile proves it. Just over the past year she’s written a book (‘Unfinished’), opened a restaurant (Sona) all the while sharing glimpses of her fabulous life. No wonder she’s accumulated 61.7 million followers.

Shah Rukh Khan likes to stay in touch with his fan base and if you keep an eye on his Twitter feed quite often you’ll find a healthy back and forth between fan and star. It keeps the well-wishers checking on his channels often and with enthusiasm.

Actors and spouses Dipika Kakkar Ibrahim and Shoaib Ibrahim are star YouTubers with a million subscribers each.

Malaika Arora Khan has slogged her way to fame – as a fitness buff with oodles of knowledge. That dedication to staying healthy has gotten her 12.6 million Instagram followers, who love her food and exercise tips.

Jacqueline Fernandes is a star through and through – her insta fans are proof. She has over 10.7 million followers who watch with rapt attention as the actor posts fun –and sometimes funny – selfies.