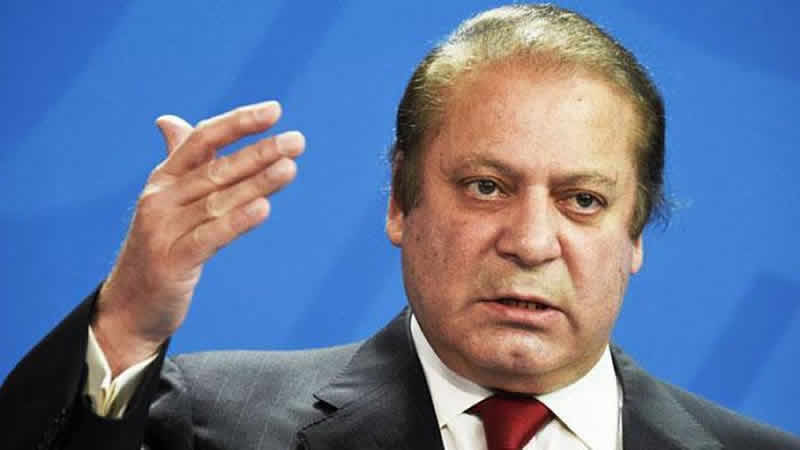 He said Pakistan will continue to support Kashmiris’ right of self-determination at every level. He was speaking to Pakistani community in New York. The Prime Minister said Kashmiris have given unprecedented sacrifices in their freedom struggle and their many generations have moved this cause forward. Referring to steps taken by his government in overcoming the energy crisis, the Prime Minister said work on several energy related projects is underway.

He said 10,000 MW electricity will be added to the national grid by early 2018. Mr. Sharif said we have been focusing on to eradicate extremism and terrorism from the country. He said law and order situation has considerably been improved due to unparallel sacrifices made by our law enforcement agencies. Prime Minister said government started Operation Zarb-e-Azb and National Action Plan with consensus of all stakeholders to make the country peaceful.

On the issue of economy, the Prime Minister said today’s Pakistan is far better than the Pakistan of 2013. He said China-Pakistan Economic Corridor is the future of our country. Under this mega project, special economic zones will be set up to provide employment to a number of youth and local people, he added.