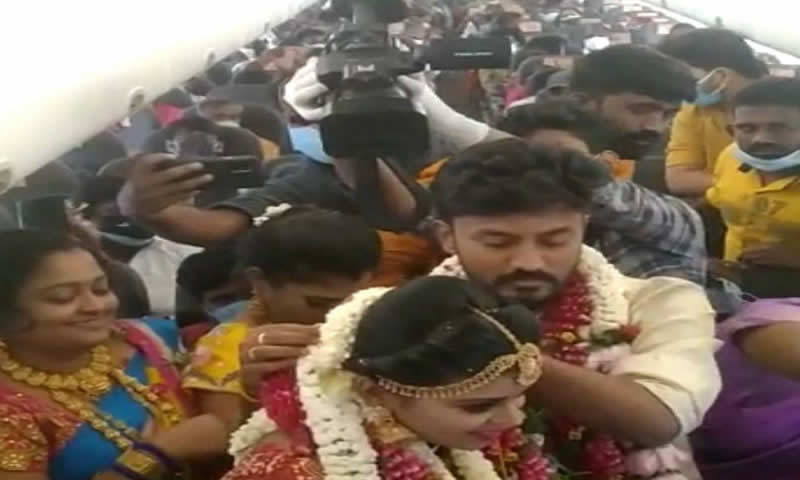 An Indian couple reportedly chartered a plane and held a mid-air wedding with more than 160 guests in an effort to escape coronavirus restrictions.

Video footage posted on social media appeared to show the couple and their guests packed into the hired jet.

The state of Tamil Nadu, where the flight was said to have originated, recently imposed tougher restrictions, limiting weddings to 50 guests.

An official from the Directorate General of Civil Aviation (DGCA) told the Times of India that the SpiceJet staff aboard the flight had been taken off duty.

A SpiceJet spokesperson told the Indian Express that the Boeing 737 was booked from Madurai to Bangalore by a travel agent for a trip after a wedding.

The spokesperson said the client was “clearly briefed on Covid guidelines to be followed and denied permission for any activity to be performed on board”.

Rakesh-Dakshina from Madurai, who rented a plane for two hours and got married in the wedding sky. Family members who flew from Madurai to Bangalore after getting married by SpiceJet flight from Bangalore to Madurai. #COVID19India #lockdown @TV9Telugu #weddingrestrictions pic.twitter.com/9nDyn3MM4n