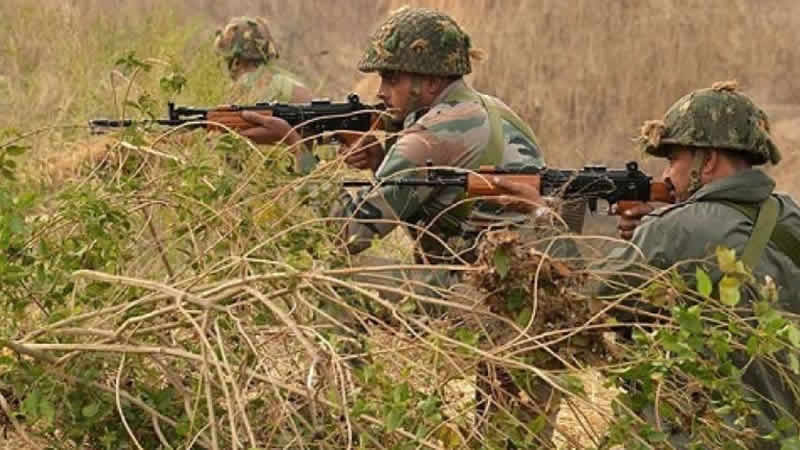 As uncertainty looms over the probe on the Pathankot air base attack that killed seven Indian soldiers in January, India on Tuesday alleged that the Pakistan government is linked to the attack.

India had previously blamed militants from Jaish-e-Mohammed (JeM) for the assault on the Pathankot air base in the northern state of Indian Punjab, which triggered two days of gunbattles.

But on Tuesday the Indian defence minister said the militants could not have carried out the attack without Islamabad’s support. “Pakistan’s non-state actors were definitely behind the attack. Also, no non-state actor from there (Pakistan) can function smoothly without the state’s support,” India’s Defence Minister Manohar Parrikar told the parliament. “The entire details of the attack will only come out in the National Investigation Agency (NIA) investigation,” he maintained.

Foreign affairs adviser Sartaj Aziz had earlier revealed that one of the mobile phone numbers linked to those who attacked the Pathankot airbase had been traced to the Jaish-e-Mohammed group’s headquarters in Bahawalpur. Aziz called the lodging of the FIR in connection with the Pathankot assault a “logical and positive step” in bringing the perpetrators to justice. JeM chief Masood Azhar has been named by India as the mastermind of the airbase attack and Mr Aziz confirmed media reports that he (Azhar) had been under “protective custody” since Jan 14.

He had said that a Special Investigation Team (SIT) from Pakistan may visit Pathankot in the first few days of March to probe the attack and that his country was pursuing the investigation seriously. The attack on Pathankot air base came days after Indian Prime Minister Narendra Modi’s surprise visit to Pakistan in December. The incident led to the postponement of peace talks planned between the two countries. The foreign secretaries of the two countries had been scheduled to meet in January, however, no fresh date has been announced.