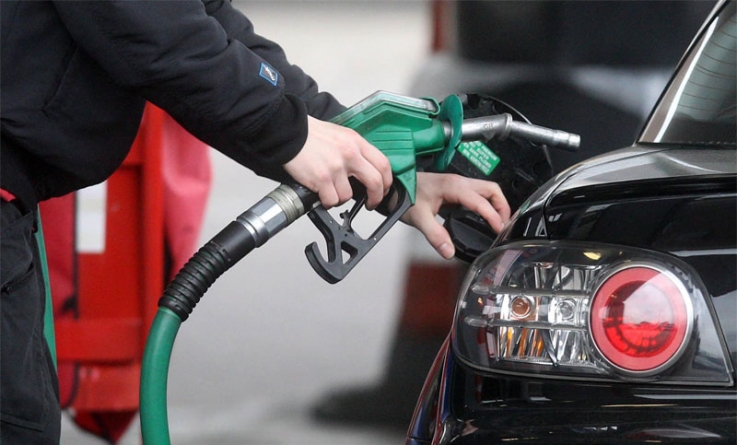 The government reduced on Monday prices of petroleum products and compressed natural gas (CNG) by up to 12 per cent for March to partially pass on to consumers the benefit of cheaper oil imports.

A brief official statement said the prime minister had accepted recommendations of the Oil and Gas Regulatory Authority (Ogra) to slash the prices of petrol, high speed diesel (HSD), high octane blending component (HOBC) and light diesel oil (LDO), but decided to keep the price of kerosene unchanged despite a Rs1.66 per litre increase suggested by the regulator.

This is the first time in more than a year that Ogra’s recommendation for price cut was fully implemented, albeit with previously jacked up tax rates. Since the suggested cut was substantial, its announcement was made by the Prime Minister Office instead of Finance Minister Ishaq Dar. In a summary sent to the government, Ogra said there was a substantial reduction in international oil prices in February and, therefore, its benefit should reach consumers. Based on the existing tax rates and PSO purchases from the international market, the prime minister approved a reduction of Rs8.48 (11.90pc) in the ex-depot price of petrol (motor gasoline) to Rs62.77 per litre from Rs71.25. The price of HSD was cut by Rs4.67 (6.16pc) to Rs71.12 per litre from Rs75.79 and that of LDO by Rs1.97 (4.93pc) to Rs37.97 per litre from Rs39.94.

The ex-depot price of HOBC was reduced by Rs2.98 (3.94 pc) to Rs72.62 per litre from Rs75.60. The government kept the price of kerosene unchanged at Rs43.25 per litre, rejecting Ogra’s recommendation for an increase of Rs1.66 (3.83pc) to Rs44.91. At present the government is collecting about Rs25 per litre taxes on petrol – Rs14.58 fixed sales tax and Rs10 as petroleum development levy. Similarly, it is collecting about Rs38 per litre taxes on HSD, including a fixed sales tax of Rs29.57. Petrol and high speed diesel are two major products which generate most of the revenue in the oil sector. The average sale of HSD across the country stands at 600,000 tons per month, petrol at 400,000 tons, kerosene at less than 10,000 tons and HOBC lower than 6,000 tons.

The government also reduced the price of CNG for Punjab by about 11pc in view of lower import price of liquefied natural gas (LNG). The CNG price in Punjab and Islamabad has been deregulated following a decision of the Economic Coordination Committee of the cabinet because filling stations there are run on LNG instead of domestic natural gas. Ghiyas Paracha, a leader of the All Pakistan CNG Association, said Sui Northern Gas Pipelines Limited was previously billing them re-gasified LNG at $10, excluding general sales tax, but had reduced the rate to $7.72 per million British thermal unit (MMBTU). As a result, the CNG sale price came down by more than Rs6 per litre to about Rs48 from Rs54. He said the CNG price for the rest of the country would continue to be fixed by Ogra because CNG stations in three provinces – Sindh, Khyber Pakhtunkhwa and Balochistan – were being supplied domestic natural gas.

He said the increased flow of LNG imports had led to uninterrupted CNG supply in the three provinces. Mr Paracha said the government’s decision to supply RLNG to the CNG sector and reduce its price was a major step towards reviving the dying CNG industry. “It will not only reduce oil import bill and pollution but also ensure jobs to millions of people in Punjab and save the industry,” he said, adding that CNG in the province would be 30pc cheaper than petrol, making it attractive for motorists and transporters. It will also lead to reduction in fare in public transport providing relief to commuters.