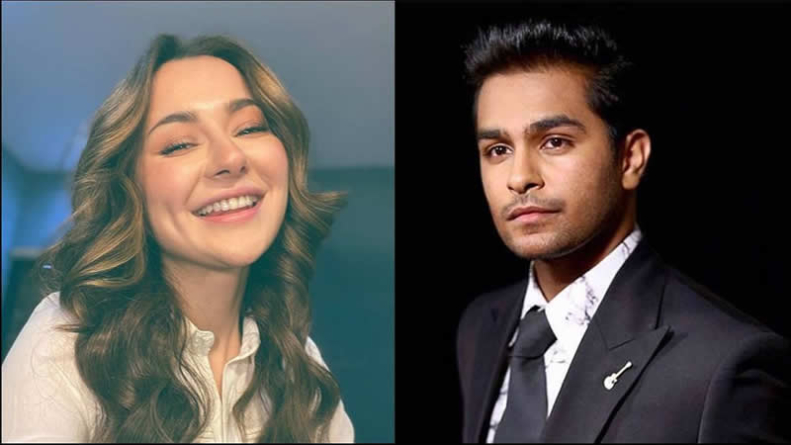 Hania Aamir became the target of trolls after a video she posted wih her friends sparked controversy. Several shared snippets from the video to spew hate against the starlet and misrepresent the scenario.

In the midst of this bashing, another vulgar and off putting video was “made viral” on social media, which according to Aamir, showed a man “ejaculating” to her picture “on video on the internet.” The celebrity shared a response to this trolling-turned-virtual harassment in tears on her Instagram.

Taking to the photo-sharing app, the Dil Ruba actor posted a clip with a caption, “Just another day surviving in a misogynist world where double standards have power over innocence and where coexisting with difference of opinion is not a thing. Where a man trying to belittle a woman is applauded but if a woman does the same she is hated.”

The actor then reinstated how her initial video, which was misrepresented, merely showed her affection towards her loved ones, but clearly, the opposite is acceptable in the world we live in. “Where a woman showing affection to her loved ones is wrong but a man ejaculating on a woman’s picture on video on the internet is re-tweeted and made viral content. Just another day surviving, hope you all are doing well in this disgusting world and keeping your goodness intact. Someone else’s evil shouldn’t ruin your goodness,” she concluded.

Following this, several actors and social media personalities lent their support to Aamir on the comment section of her response post. But the actor’s ex and singer Asim Azhar shared a meme on his Twitter claiming, “Baal Baal Bach Gaye (Saved by a whisker),” without providing any context.

Since the trolling against Aamir had transcended to cyber-bullying and harassment, Azhar’s tweet came off as condescending and distasteful, irrespective of the fact that he did not attribute it to anyone. And so the Ishqiya actor tweeted, “You can either be a celebrity or a bitter ex with no dignity.”

It became evident that the former duo and now keyboard warriors either did not end things on an amicable note or had been avoiding confrontation since a long time. Whatever the case, the Jo Tu Na Mila singer figured it was time to pen an elaborate explanation for his ‘insensitive’ remark, following which, Aamir detailed her battle was not based on past grievances.

“Since things have come to this, where were all these people and their supporters for the past one and half year when everything was directed towards me?” he asked on his Instagram Stories. “People were constantly bullying me wherever they could. I stayed silent for a whole year and a half and one post hurt everyone’s sentiments? A post which wasn’t even meant for anyone.” continued Azhar with a laughter emoticon.

“I remember nobody came to defend me when the whole world was making fun of me, making memes and commenting beneath my posts. Some people were pinning comments against me beneath their own posts, sharing captions indirectly taking a jibe at me, friend zoning me and now, after all that, they are playing the victims?” he continued, laughing incessantly. “Hypocrisy has a limit, may everyone stay happy in their own lives and after today, this topic is closed for me. It was closed since a long time but there comes a point when you need to tell people that if they’re human, you’re human too,” concluded the pop sensation.

But Aamir had a lot to say about the matter herself, and so she responded with no holds barred. Taking to her Instagram once again, she shared a series of posts to dispel the accusations pinned against her by claiming that her posts were never about past grievances to begin with.

Aamir assured that she meant to tackle the ongoing cyber-harassment, misogyny and bullying which she, like everyone else, figured Azhar had become a part of – provided the timing of his tweet. “I am going to state facts one last time,” she asserted. “This is not about what he said or what she said… it is not and ‘ex vs ex’ debate. My complaint is against harassment and bullying on the internet. My complaint is against the man who committed this heinous act and the people who made it viral. My complaint is against a public figure (irrespective of any history) knowingly inciting hate by bullying a woman when she’s trying to pick herself up after the disgust on the internet against her,” said the Anaa actor.

She went on to state that her complaint was against a public figure who thought it was funny that a woman was being targeted sexually, objectified and being abused. Aamir added that she stood against this public figure for “sharing his sentiment on a public platform for which he received immense support and adulation. I am raising my voice against misogyny and the prevalent mindset that a man can get away with absolutely anything on the internet. It is about the abused vs the abuser,” continued Aamir.

She went on to highlight the moral responsibility of any public figure, and apologise for ever hurting anyone’s sentiments. “It is not beneath me to apologise,” she reflected. “If I have, in anyway, ever hurt someone intentionally or unintentionally, I’m sorry,” shared the celebrity.

Aamir also advised that personal grievances between two people should not be discussed in public platforms and social media “isn’t the right medium to express them.”