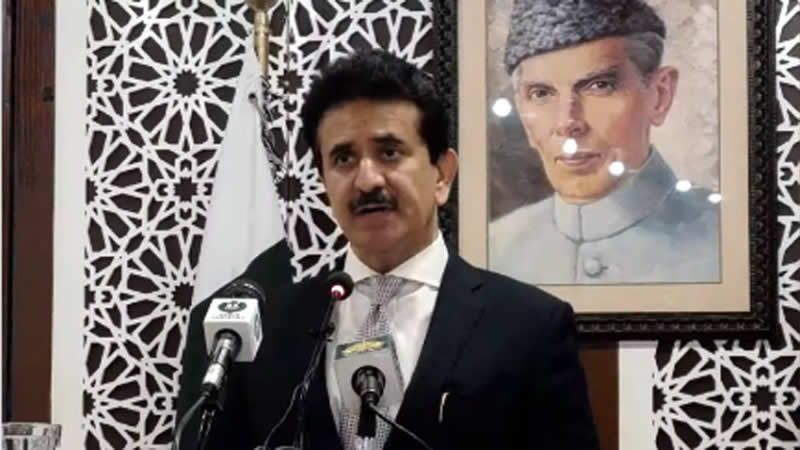 The statement comes after a meeting between occupied Kashmir’s Lieutenant-Governor Manoj Sinha and Indian Home Minister Amit Shah and other officials in New Delhi today. Rumours are making rounds about possible new administrative and political changes in occupied Kashmir as reportedly discussed during the meeting, The Economic Times reported.

Reacting to such reports, the FO statement reiterated that India’s unilateral and illegal actions in occupied Kashmir violated international law and the relevant resolutions of the United Nations Security Council.

“India cannot change the disputed status of [occupied Kashmir], as enshrined in the UNSC resolutions, nor can it force Kashmiris and Pakistan to accept illegal outcomes,” it stressed.

The statement added: “India-occupied Kashmir is an internationally recognised disputed territory and Pakistan will continue to resolutely oppose Indian attempts to change the demographic structure and final status of [IoK].”

Pakistan also asked India to halt and reverse its “unlawful and destabilising actions”, ensure full compliance with the UNSC resolutions, and refrain from any further steps that might imperil regional peace and security in South Asia.

“We call upon the international community, including the United Nations, world parliaments, international human rights and humanitarian organisations and global media to take immediate cognisance of the situation. India must be stopped from any further illegal action in the occupied territory,” the FO statement said.

It also said Pakistan remained firm in its commitment to provide all possible support to the people of occupied Kashmir for realisation of their right to self-determination. “Pakistan also reaffirms its commitment to a peaceful solution of the Jammu and Kashmir dispute in accordance with the UN Security Council resolutions and the wishes of the Kashmiri people,” it added.

On August 5, 2019, India had revoked the special status of occupied Kashmir and stripped Kashmiris of the semi-autonomy they had for seven decades through a rushed presidential order.

By repealing Article 370 of the constitution, people from the rest of India were given the right to acquire property in occupied Kashmir and settle there permanently. Kashmiris as well as critics of India’s Hindu nationalist-led government had seen the move as an attempt to dilute the demographics of Muslim-majority Kashmir with Hindu settlers.