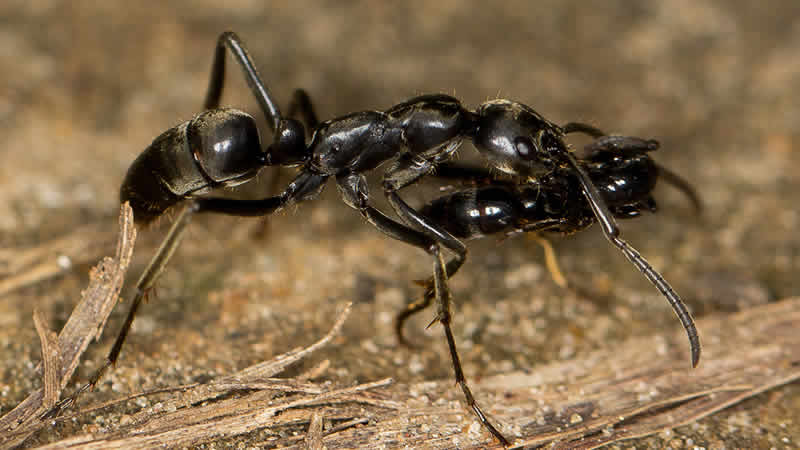 Africa s Matabele ants, fierce predators of termites, rescue their wounded soldiers and bring them back to the nest where they are “treated,” a new study showed Wednesday.

This helping behavior for the injured is the first to be detected in the insect world, according to an article in the US journal Science Advances by a German research team at the University of Wuerzburg s Biocentre.

The ants, formally known as Megaponera analis, are widespread south of the Sahara on the continent. Two to four times a day, they set out in long files on raids to kill worker termites at their foraging sites. But the attacks meet strong resistance from soldier termites guarding the worker termites, which have powerful jaws that kill and wound the Matabele ants in the fighting.

Apparently to minimize their losses from these attacks, the ants have developed a rescue behavior until now unknown among insects. When a Matabele ant is hurt in a fight, it will call its mates for help by excreting chemical substances in a kind of distress signal. The injured ant will be carried back to the nest where it will receive “treatment” that usually involves peeling off the termites still clinging to the insect, the authors said in a statement.

“We have observed helping behavior vis-a-vis injured animals for the first time in invertebrates,” said co-author Erik Frank. Typically, individuals have little value for social insects, he noted. But in the case of Matabele ants, “obviously, it pays off for the colony as a whole to invest in the rescue service,” the researchers said.